'We seek to be a long-standing, trusted partner to India' 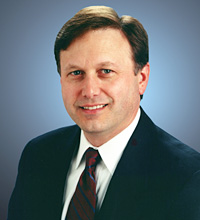 From unmanned aircraft and surface vessels to ground control technologies, hovercraft, weapon and sensor systems, and intelligence solutions for homeland security, Textron has a range of products on offer. In an interaction with SP’s Land Forces, Frederick M. Strader, President and CEO, Textron Systems, laid out the company’s India plans.

SP’s Land Forces (SP’s): Can you tell us about your immediate plans for Indian market and cooperation with Indian armed forces?

Frederick M. Strader (Strader): Textron Systems is actively engaged in its contract to provide 512 sensor fused weapons for the Indian Air Force (IAF)’s Jaguar aircraft. Announced as a foreign military sale in late 2010, sensor fused weapon will provide the IAF an area strike capability that does not leave behind hazardous unexploded ordnance. In addition, we continue to engage in dynamic conversations with the Indian Government, armed forces and security agencies, as well as industry members, on the variety of technologies we offer that meet their needs. These include unmanned aircraft and surface vessels, as well as ground control technologies, hovercraft, weapon and sensor systems, and intelligence solutions for homeland security.

SP’s: What all capabilities did you showcase during Defexpo 2012 held recently, this year?

Strader: The capabilities showcased at Defexpo include:

SP’s: Any important milestone/event you may like to refer to and which would project your company’s interest in India strongly?

Strader: We continue to demonstrate our commitment to the Indian government, armed forces, security agencies and industry through consistent outreach and open dialogue on the many ways we can support their expressed requirements.

Textron Inc. has had a steady presence in India since 2004 and continues to expand its presence, including the ongoing hiring of more engineers at Textron’s global technology centre in Bangalore and the opening of Bell Helicopter’s new offices in New Delhi in April.

SP’s: How would you rate the potential in India versus other Asian countries?

Strader: Needs across the region vary and we give importance on all our customers across the world. We are paying particular attention to the growing requirements of the Indian government, armed forces and security agencies as we seek to be a long-standing, trusted partner to India and its defence industry.

SP’s: What kind of future do you foresee with India in next 10 and next 20 years?

Strader: The trends are very positive. Textron and its businesses are committed to developing strong relationships with the government and industry of India. At Textron Systems, we are delighted to be a current supplier to the IAF via the US foreign military sales (FMS) programme. We are actively in discussions with the various armed services and the Ministry of Home Affairs to understand their requirements and determine how Textron Systems can support them. For example, we recently sent the DRDO two white papers proposing co-development of a required defence system.

We also are developing industrial relationships with key Indian companies to address the future defence and security needs of India. Furthermore, Textron businesses source components from Indian industry and that volume has steadily increased.

In addition, Textron currently operates Textron India Private Limited in Bangalore, where more than 400 Indian engineers work in tandem with their American counterparts on some of the Textron’s most sophisticated projects. Textron is aggressively investing in this technology centre.

So while I can’t tell you exactly what it will be like in 10-20 years, I anticipate that Textron Systems, and Textron Inc. as a whole, will be even more involved in the Indian economy in the future. It’s an exciting time for us and we are confident that our business relationships and opportunities in India will continue to expand.