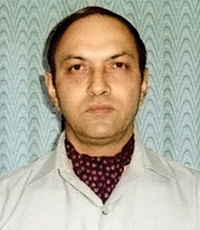 As a large and matured nation we should avoid getting bogged down by a border incident no matter how gruesome it may seem to be. To give Pakistan a chance to survive and engage in economic activity will in the long run be more conducive to stability in the region.

Headlines of national dai - lies both in English and Hindi of August 7, 2013, were full of the news of the five soldiers of the Indian Army killed during an ambush by a border action team of the (BAT) of Pakistan Army. A sixth soldier was also injured in the same operation. An extract from Defence Minister A.K. Antony’s statement in the Parliament read:

“A patrol of Indian Army comprising one non commissioned officer and five other ranks was ambushed on our side of line of control (LoC) in Punch Sector of Jammu and Kashmir (J&K) early morning on August 6, 2013. In the ensuing fire fight, five Indian soldiers were killed and one injured. The ambush was carried out by approximately 20 heavily armed terrorists along with persons dressed in Pakistan Army uniforms.”

It was also stated by the Defence Minister that the numbers of infiltration attempts have doubled this year in comparison to the corresponding period (January 1-August 5) of 2012. There has also been 57 cease fire violations this year which is 80 per cent more than the violations last year during the same corresponding period. The Indian Army successfully eliminated 19 hardcore terrorists in the recent months of July and August along the LoC and in the hinterland in J&K. The effective counter infiltration grid on the LoC has ensured that 17 infiltration bids were foiled this year.

The opposition severely criticised the Defence Minister stating that he was providing an alibi for Pakistan by saying that it was an act of terrorism and thus absolving the State from any role in this dastardly act. On August 8, 2013, the Minister said that “specialist troops” of the Pakistani Army were responsible for the killings, thus ending the impasse in the parliament. The Indian Army personnel it seems were on a routine “area domination patrol” in the stretch between the line of control and the anti-infiltration fence constructed on own side by India. Fourteen Maratha LI which had arrived in the sector recently was in the process of taking over the area and was familiarising itself with the terrain along with the personnel of the outgoing 21 Bihar battalion and therefore it was a mixed patrol that was ambushed by the Pakistan Army personnel. Pakistan, meanwhile, has vehemently denied the involvement of its troops. This was in keeping with the usual reaction of Pakistan to all such intrusions and actions on the line of control.

The larger issue that needs to be debated is whether we are being too soft in dealing with Pakistan which apart from fostering a proxy war in Kashmir, is continuing to train and encourage terrorist activities across the border through the Inter-Services Intelligence (ISI) in the entire state of Jammu and Kashmir and indeed, on a lower key, in the rest of India too. It is anticipated that after the withdrawal of the US forces from Afghanistan, the battle hardened Taliban may well be diverted towards India thus increasing our security problems and commitments. This incident also seems to have marred the revival of the composite dialogue scheduled to begin later this month with the Secretary level talks over the Wullar Barrage. It is reported that Prime Minister Manmohan Singh is likely to go ahead with his plan to meet Nawaz Sharif on the sidelines of the UN General Assembly meeting next month. The opposition in the meantime has warned the government against giving any quarter to Pakistan, thus virtually reducing the manoeuvre space for Manmohan Singh ahead of elections in 2014.

The larger question that remains unanswered is “should we or should we not go ahead with the talks with Pakistan”. My views on this issue are very clear that as a large and matured nation we should avoid getting bogged down by a border incident no matter how gruesome it may seem to be. We are aware that there are many power centres in Pakistan but to give their democracy a chance to survive and to engage them in economic activity will in the long run be more conducive to stability in the region. We should engage them but on our terms of putting down certain conditions on the table. The Indian Army is quite capable of taking care of itself and can inflict punishment on Pakistan Army. The best way to make Pakistan Army desist from such acts is to severely punish them and thus dominate our area of responsibility.

In the early 1990s, insurgency in J&K was at its peak and Pakistan resorted to clandestinely establishing a post in the Indian village of Kirni in the same Poonch Sector. In the ensuing incident of an attack by the Indian Army to evict the post and subsequent counterattacks by Pakistan Army to regain the post resulted in very heavy casualties being inflicted on the Pakistan Army by artillery fire, resulting in more than 200 soldiers killed and wounded. For the next few years, the Pakistan Army did not dare to taken any action in the Poonch sector. The lesson is that they understand the language of violence and therefore the only way to teach them is to give them a taste of their own medicine. If we know our Army they will do just that. So let us give a free hand to our Army and not get too worked up as a nation on this issue. There are many more serious concerns with regard to modernisation of the armed forces and capability building which our Defence Minister is neglecting and which needs to be seriously addressed by the ineffective UPA Government.

The author is a specialist in armoured and mechanised warfare, and in the art of wargaming. He was the Commandant of the Army War College at Mhow.