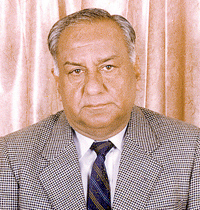 After dealing with the Pakistan Army for over six decades, the Indian Army understands it too well that Pakistani Army only understands and respects ‘violence’, and the Army needs a free hand to deal with them

Defence Minister A.K. Antony made a bland suo moto statement in both the Lok Sabha and Rajya Sabha on August 6 regarding the ambush by the Pakistani troops on Indian Troops on the line of control (LoC). He said that a patrol of Indian Army comprising one Non Commissioned Officer and five Other Ranks was ambushed on our side of LoC in Punch Sector of Jammu and Kashmir (J&K) early morning on August 6, 2013. In the ensuing firefight, five Indian soldiers were martyred and one soldier injured. The ambush was carried out by approximately 20 heavily armed terrorists along with persons dressed in Pakistan Army uniforms. On August 8 he changed his statement and said, “It is now clear that the specialist troops of Pakistan Army were involved in this attack.” He then gave out the following statistics:

He strongly condemned the unprovoked incident. He also informed the house that the Government of India has lodged strong protest with Government of Pakistan through diplomatic channels.

Details of the ambush

Further details emerged through the spokesman of HQs Northern Command–Udhampur. The incident happened between Cheeta and Begum post, almost three kilometers north of Chakan-da-bagh, a LoC trade point between India and Pakistan. Troops belonging to 21 Bihar Battalion (outgoing battalion) and 14 Maratha LI (relieving battalion) were deployed on the Sarla forward post along LoC in Chakan-Da-Bagh sector of Poonch and their patrol had lost contact with their HQs around 0115 hours on August 6. The attack took place 450 metres from the LoC on the Indian side. It was possible that the ambush might have been planned by the Pakistani troops to mask the infiltration of Pakistan terrorists into India which is one of the common tactics adopted for aiding infiltration; the other is providing fire to the infiltrators. Standard measures like patrolling and security measures have been heightened along the border with Pakistan after the ambush. Troops have also been placed on high alert all along the LoC. Army Chief General Bikram Singh is expected to visit the region and meet the Commanding officer and troops of 21 Bihar. It has also been reported that Director General of Military Operations, Lt General Vinod Bhatia would speak to his Pakistan counterpart on the killing of Indian soldiers inside the LoC. Pakistan has as usual blatantly denied any involvement in the post midnight attack in Poonch sector.

Response of the Government & Opposition

While replying to a debate in the Rajya Sabha, Antony said that New Delhi’s response will depend on signals and actions from Pakistan. Pakistan’s Deputy High Commissioner Mansoor Ahmed Khan was summoned by the Indian Government and a strong protest has been lodged.

The opposition took this opportunity to condemn the ambush and majority of the political parties demanded a “befitting reply” to Pakistan over the provocative act in Poonch sector of J&K. There were also demands that Prime Minister Manmohan Singh should not meet his Pakistan counterpart Nawaz Sharif in New York next month. In the Rajya Sabha, leader of the opposition Arun Jaitley said Antony’s contention that the attack was carried out by “persons dressed in Pakistan Army uniform” provides “an escape route” to Pakistan.

The response of the Indian Army, Government of India and the opposition, has been routine and similar to other such incidents in the past. The media also will keep it alive till it has another ‘breaking news’. This time, the border ambush occurred when the Parliament session was on and the state as well national elections are on the horizon, resulting in aggravated response from the opposition. On the other hand the response of the government is rather muted and passive. Numerous such incidents have taken place since 1947 and Pakistan has always responded with violence when it gets a chance. After the failed Vajpayee-Musharraf summit during July 2001, there was attack on the Indian Parliament in December 2001 which resulted in mobilisation of armies on both side of the border. After dealing with the Pakistan Army for over six decades, the Indian Army understands it too well that Pakistani Army only understands and respects ‘violence’ and the Army needs a free hand to deal with them.