Our political leadership under the UPA Government had been totally neglectful and inept in its approach to modernisation of the army in the past 10 years, a period which has been described as the worst since independence. 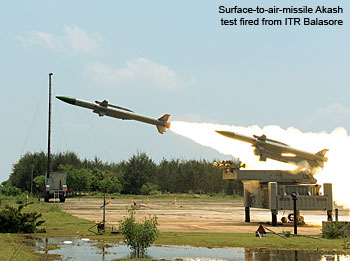 The revised Defence Proc urement Procedure (DPP) over the years has done little to accelerate the pace of modernisation. A dispassionate analysis would indicate that the voids in equipment and munitions in the army to fight a modern war together with the lack of modernisation of equipment in virtually all fighting arms of the army has caused a furore in the army. It is in this context that we should view the letter written by General V.K. Singh (Retd), the former Chief of Army Staff (COAS), to the Prime Minister on March 12, 2012, which was deliberately leaked to the media. Considering the lack of implementation of the Eleventh Five Year Plan, the army’s modernisation plans, both in the Eleventh and Twelfth Five Year Plans, need to be implemented. It is obvious that the accumulating voids in our capabilities in various arms will adversely affect the army’s fighting capabilities in future wars.

Our political leadership under the UPA Government had been totally neglectful and inept in its approach to modernisation of the army in the past 10 years, a period which has been described as the worst since independence. The situation was so bad that the army lacked even the ammunition for certain weapons that it holds. The NDA Government has shown some alacrity through ‘Buy and Make’ route but the situation is far from satisfactory. The current situation in the case of artillery, infantry and air defence artillery are given in the succeeding paragraphs as a sample of the sluggishness among political, bureaucratic and military leadership. The latter despite assurances has been tardy in its implementation of the trials and evaluations of the weapons systems.

We may recollect General Bikram Singh’s statement shortly after taking over as the Chief of Army Staff in May 2012 when he had emphatically declared that upgrading the small arms profile of his force was his foremost priority. Two years later when he retired in July 2014 neither the close quarter battle (CQB) carbines nor the multi-calibre assault rifles that he had promised have been inducted.

A similar and perhaps even more worrisome case is concerning the Field Artillery Rationalisation Plan (FARP). Senior artillery officers point out that FARP, which was mooted in 1999 envisaged that Rs. 5,000-7,000 crore would be required to procure of 3,000-3,200 pieces of assorted calibre howitzers by the end of the army’s Fourteenth Five Year Finance Plan in 2027. This plan has been totally wrecked because of inordinate delays in decision making and procurement of artillery guns. The last 10 years have been the worst in this regard.

Army Air Defence (AAD) provides air defence to the field army. To carry out this role, AAD is equipped with various types of gun systems, missile systems, sensors and a basic battle management system. Majority of AAD weapon systems are of erstwhile Soviet origin with an average vintage of 30 years. To add to the woes of operational readiness, there is shortage of certain types of ammunition which casts its shadow on training. This leads to the dilution of skills of the gun crew, missile and radar crews because engaging a fighter jet requires continuous honing of skills. Despite the existing weaknesses in the AAD very little progress has been made in this field.

This article briefly focuses on the existing weaknesses in artillery, infantry and army air defence and the modernisation/ procurement required to replace the existing weapons in these three vital arms of the army.

155mm towed guns. Army still awaits the procurement of about 1,580 howitzers of 155mm/52-calibre. Out of these, 400 are to be procured outright and 1,180 manufactured indigenously with transfer of technology (ToT). Over the last few years, several RFPs that were floated for this project were cancelled due to various reasons and then new tenders were floated. Trials have been underway since October 2013.

145 ultra-light howitzers (M777) which were being procured from the US through the foreign military sales (FMS) route from BAE Systems also came under a shadow. The deal is reportedly stuck for want of agreement on the offsets obligations and upward revision in the price intimated to Congress by the US Government from $647 million to $885 million.

Indigenous efforts to manufacture 155mm howitzers by Ordnance Factories Board (OFB) to produce a 45-calibre/155mm howitzer based on ToT obtained from Bofors in the 1980s, are now underway. The Defence Acquisition Council (DAC) approved a proposal from the OFB to manufacture 144 pieces of 155mm/45-calibre howitzers with the option to acquire another 400 provided the prototypes successfully meet the army’s GSQR in user trials. Meanwhile, the Defence Research and Development Organisation (DRDO) has embarked on its own venture to design and develop a 155mm howitzer in partnership with a private sector company.

The acquisition of 814 truck-mounted guns that has been approved by the Defence Minister recently will be undertaken under the ‘Buy and Make’ category with transfer of technology. While the first 100 guns will be imported, the remaining 714 will be produced in India. The total project cost is estimated to be Rs. 15,750 crore.

The Defence Acquisition Council had approved of a new assault rifle, 5.56mm calibre and a new-generation carbine to replace the 9mm carbine which had been weeded out of the army without getting a replacement. The army’s immediate requirement is for around 1,60,080 CQB carbines and over 2,20,000 assault rifles through a combination of imports and licensed-manufacture by the OFB. Some details are given in the succeeding paragraphs.

In August 2012 the process of procuring 44,618, 5.56mm out of a total requirement of about 1,60,080 CQB carbines to replace the outdated 9mm model was set in motion because the Indian Army since 2010 was without a carbine as the OFB had ceased manufacture of all variants of World War II 9mm carbines, including ammunition.

The tender for the 5.56mm carbines requires each weapon system to weigh less than 3 kg, fire 600 rounds per minute to a minimum distance of 200 m and be capable of operating in extreme temperatures. Picatinny rail-mounted reflex and passive night sights, visible and invisible laser spot designators and multi-purpose detachable bayonets complete their QRs. The selected vendor will be required to transfer technology to the OFB to licence build CQB carbines and 5.56mm ammunition for use not only by the army but eventually the Central and state police forces.

The global manufacturers in the race for the new CQB carbine were Israel Weapon Industries’ (IWI) Galil Ace carbine, Italy’s Beretta with its ARX-160 and the United States’ Colt and Sig Sauer. However the United States subsidiary of Swiss gun maker Sig Sauer, which was originally part of the tender with its 516 patrol rifles, failed to turn up at the ongoing carbine trials and hence only three manufacturers are currently in the race. These weapons have undergone field trials at the Infantry School at Mhow, in central India, the Thar Desert in Rajasthan and high altitude locations in India’s northern and north-east region. It is learnt that the inking of the import of 44,618 carbines with technology transfer, which have been undergoing an unending series of trials since August 2012, may take longer than expected. The carbine trials were expected to conclude by mid-July 2014 followed by a staff evaluation by the Army to grade the vendors on the performance of their systems. Thereafter, the MoD will open their respective commercial bids, submitted over two years earlier and begin price negotiations with the lowest qualified bidder — or L1 — before inking the deal. This process is likely to be protracted, despite the high expectations of efficiency from the Narendra Modi Government. The carbine contract is unlikely to be sealed within the current financial year. However, once signed, weapon and ammunition deliveries are to be concluded within 18 months alongside the transfer of technology to the OFB to licence build the designated carbine.

Army is also on the lookout for assault rifles (AR) to replace the INSAS 5.56mm rifles with technologically superior weapons. The MoD issued the tender for 66,000, 5.56mm multi-calibre assault rifles out of a total requirement of 2,20,000 assault rifles in November 2011 to 43 overseas vendors. Five vendors responded positively.

The assault rifles were required to weigh no more than 3.6 kg and to have a singular platform with changing parts to convert readily from 5.56 x 45mm to 7.62 x 39mm merely by switching the barrel and magazine for employment in counter-insurgency or conventional roles. In the race are the Czech Republic’s CZ 805 Bren model, Israeli IWI’s Ace 1, Baretta’s Arx 160, Colt’s Combat Rifle and Sig Sauer’s SG551. The latter’s participation, however, remains uncertain as Sig Sauer is under investigation by the Central Bureau of Investigation (CBI). A transfer of technology to the OFB to locallybuild the selected rifle is part of the tender.

Another weapon under technical evaluation is the 7.62 light machine gun (LMG) which will then be subjected to extensive trials before staff evaluation and further progress. Hence the wait for the new LMG is likely to be longer.

The Corps of Army Air Defence holds a large variety of guns and missile systems. It has 40mm L/70, Zu-23-2 twin gun, ZSU-23-4 Schilka, Tanguska, Kvadrat (medium-range missile system), OSA -AK (short-range missile system) and Igla shoulder-fired missile system in its inventory. The 40mm L/70 which is about four decades old, needs immediate replacement. Considering the high costs of new weapon systems, the Army is going in for weapon upgrades for L-70, ZU-23-2 twin gun, and ZSU-23-4 Schilka. Meanwhile, the army is looking for successors to L-70 and the ZU-23-2. Successor to Schilka (ZSU-23-4) already exists in the form of Tanguska, but in limited numbers. A request for information (RFI) has already been issued to find a replacement for Schilka.

In the missile systems, Kvadrat (mediumrange) and OSA-AK (short-range) are also at the end of their life-cycle. They were to be replaced by Akash and Trishul surfaceto-air (SAM) missiles. Trishul has been foreclosed and Akash is being inducted for semi-mobile roles. For air defence of mechanised units, it has been planned to acquire medium-range SAM (MR SAM) and Quick Reaction SAM (QR SAM) systems. RFP for QR SAM was issued and evaluation of Russian TOR, Israeli Spyder and Swedish Asrad – R is underway. Successor to Igla have been shortlisted and trials have been held. However, the results have not been finalised. Shortlisted systems include Saab RBS-7O, MBDA, Mistral, a Russian SAM system and South Korea’s LIG Nex1. As an interim measure upgrade of Schilka, 40mm L-70, and 23mm twin guns was undertaken by BEL/OFB/private companies. The induction of upgraded Schilka has already started with 40mm L70 and 23mm twin guns to follow in due course.

A major weakness in the overall air defence matrix is the lack of a battlefield management system which is also linked with the national air defence network. The Bharat Electronics Limited (BEL) has now undertaken the development of such a system. This has been completed and a test bench has been established in one of the formations for evaluation.