The Fourth edition of the India-Sri Lanka Joint Military Exercise ‘Mitra Shakti 2016’ is being conducted at Sinha Regimental centre in Ambepussa, Sri Lanka from October 24 to November 6, 2016. The main focus of this edition of the joint exercise is to enhance interoperability while carrying out Counter-Insurgency (CI)/Counter-Terrorism (CT) operations under the United Nations mandate. A comprehensive training programme spanning 14 days has been drawn up for the purpose.

The Indian Army contingent had reached Sri Lanka on October 23, 2016. the Indian contingent is represented by a platoon from the Rajputana Rifles Regiment and the Sri Lankan Army will be represented by a platoon from the Sinha Regiment. The opening ceremony was held on October 24, 2016, during which the troops of both contingents participated in a ceremonial parade. Brigadier B.L. Ratnayake, Commandant of Sri Lankan Sinha Regimental centre from the Sri Lankan Army, addressed the troops.

In the initial two stages, both armies would get familiar with the respective methodology of such operations, each other’s arms and equipment and the command and control systems. It will then graduate towards tactical understanding to enhance interoperability while carrying out CI/CT operations.

The previous exercise with the Sri Lankan Army was successfully conducted in the month of September 2015 at Pune in India. ‘Mitra Shakti’ series of bilateral exercises is one of the major bilateral defence cooperation initiatives between India and Sri Lanka since 2013. 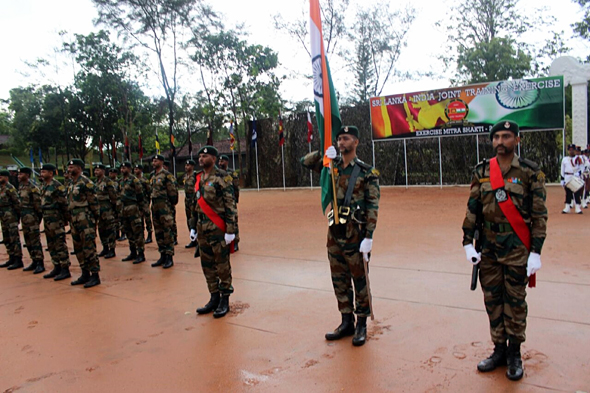 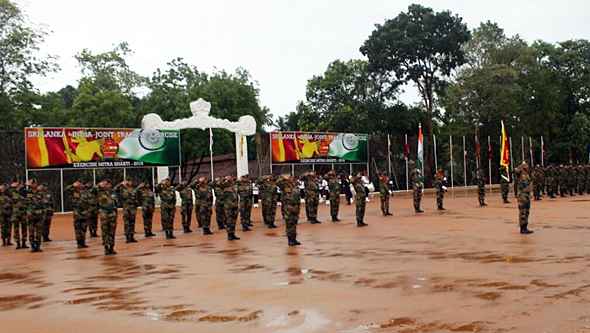 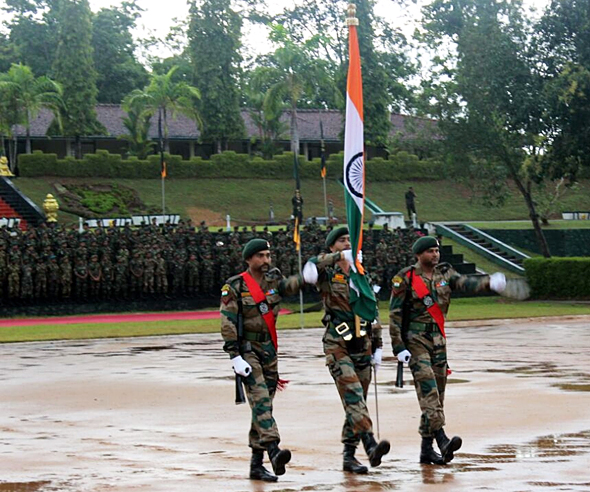