The eighth edition oF India-Russia Joint Military Exercise ‘Indra 2016’ has begun in the Ussiriysk district in Vladivostok, Russia. Main focus of this edition of the joint exercise is on counter-terrorism operations in semi-mountainous and jungle terrain under the United Nations mandate. To achieve interoperability in joint operations, troops from both sides would acquaint themselves with the respective approach to such operations. A comprehensive training programme spanning 11 days has been drawn up for the purpose.

The troops of Indian Army marched smartly alongside the Russian Army in an impressive opening ceremony of Exercise Indra 2016. Both contingents marched in unison, past the saluting dais, exhibiting their resolve to further the Indo-Russian friendship. Brigadier Sukrit Chadah, Indian Contingent Commander, addressed the two contingents and highlighted the need for jointness between the two nations to defeat terrorism. Loz, Vice Governor Primosski Krai Province, and Major General Andrei Ivanovich Sichevoe, COS 5th Army from the Russian Army, also addressed the contingents.

Some 250 soldiers of the Kumaon Regiment are representing the Indian Contingent and the Russian Army is being represented by 250 soldiers from the 59th Motorized Infantry Brigade. Indra series of bilateral exercises is one of the major bilateral defence cooperation initiatives between India and Russia since 2003. The Indian Contingent is scheduled to return to India on termination of the exercise in the first week of October 2016. 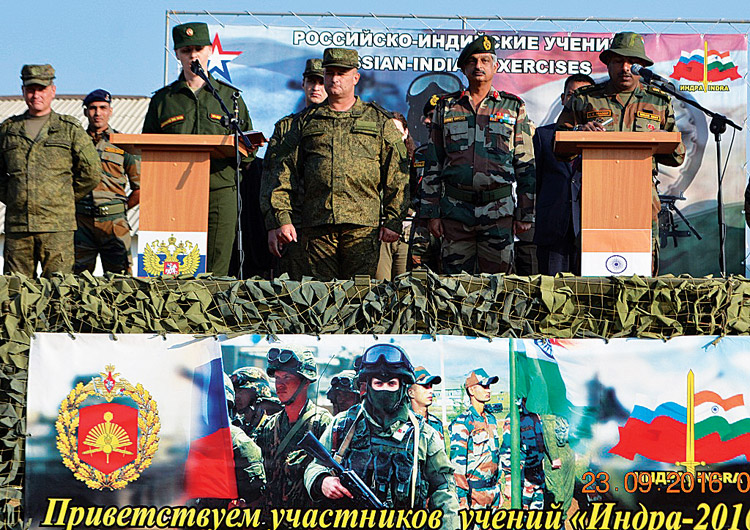 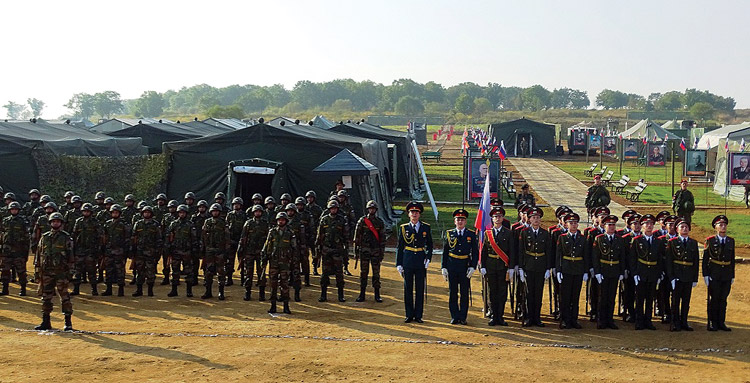 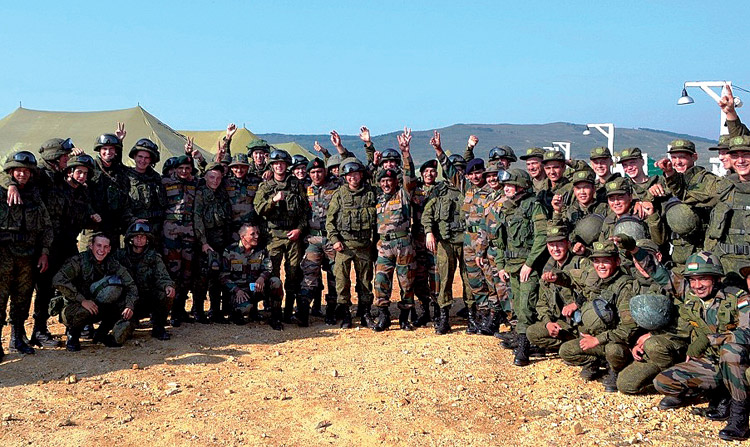