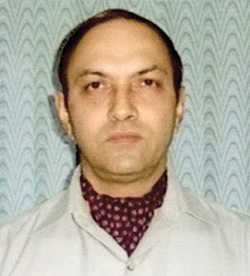 The recent revelations of the Standing Parliamentary Committee on defence regarding the shortages/voids and obsolescent equipment in the army has caused consternation among the public. While this was well known among the political leaders, senior government functionaries (bureaucracy) as well as the media, however we are constrained to say that none of them had considered the issue seriously in the past and nor was there an informed debate on the TV channels.

While we can blame the previous UPA I and II Governments for the neglect by A.K. Antony, the two term Defence Minister from, however the present government too has not shown alacrity in this field that was expected of them. The armed forces have always considered the BJP governments to have greater nationalistic fervour and therefore the lack of understanding shown by them has caused dismay in the military circles. The lack of modernisation especially in the army is alarming. From the soldiers basic weapons comprising assault rifles and carbines to more sophisticated weaponry like the anti tank guided missiles, light observation and surveillance helicopters and field artillery, nearly every weapon held by the army has become obsolete and needs replacement. Considering the strength of our army the political leaders must understand that if the modernisation is neglected year after year the stage will come where even if it want sto procure new weapons from abroad or manufacture them indigenously it will not take less than a decade. Former Defence Minister Manohar Parrikar to his credit, did try to rectify the situation which had deteriorated considerably. However for political considerations he was moved to Goa. The current defence minister is making all efforts to ameliorate the existing adverse situation but as we have stated earlier it will take many years before we see changes at ground level.

I must point out that the Army as a service must accept its share of blame for making unrealistic qualitative requirements such as the one made for the assault rifle with the requirement of two types of barrels, 5.56 mm and 7.62mm to cater for different operational scenarios which has inordinately delayed the induction of a suitable assault rifle. In this regard our advice is that only general officers who are from equipment oriented arms such as the armoured corps, mechanised infantry and artillery should be considered for the appointment of Deputy Chief of Army Staff (Policy and Systems) who deals on equipment matters with all line directorates and the Weapons and Equipment directorate. Generally infantry officers are not suited for this assignment and would find it difficult to settle down in their assignments in the short time available before their superannuation.

We are aware that the present Chief of Army Staff is trying his best to moderate the induction of new arms and equipment in a manner that results in manifestation of operational efficiency on the ground in the shortest possible time frame, especially in operational sectors on the line of control and the line of actual control (LoC and LAC) opposite Pakistan and China respectively and we wish him and the government all the best in achieving this vital aim as soon as possible.

There is an oft repeated phrase being seen in the print media these days in which it is being stated that adequate financial powers have been delegated to the Vice Chiefs to procure urgently needed ammunition, equipment and stores. Moreover he has now also been delegated powers to spend 14,097 crore for strengthening ‘perimeter security’ of army establishments across the country. Lt General Sarath Chand told the Standing Parliamentary Committee on defence that there is no separate allocation for this. “So, this money is also to be found from the same Budget leaving us with no choice but to re-prioritise, either to reduce our requirement as far as the security of military stations are concerned or to go slow on some other acquisition,” he told the Committee. So how is perimeter security of army/defence installations, some of which have been attacked in the recent past, going to be achieved without additional funds? This sorry state of affairs of regarding adequate allocation of funds, modernisation and stores/equipment deficiency issues need to be addressed at the highest levels of the government in an expeditious manner.