Offset clause in Inter-Government Agreements (IGA) under the Defence Acquisition Procedure (DAP 2020) was removed and a new category for leasing military equipment introduced. Removal of offset clause has compounded woes of middle-rung private companies in defence sector as offset related orders had played a major role in sustaining these private industries. 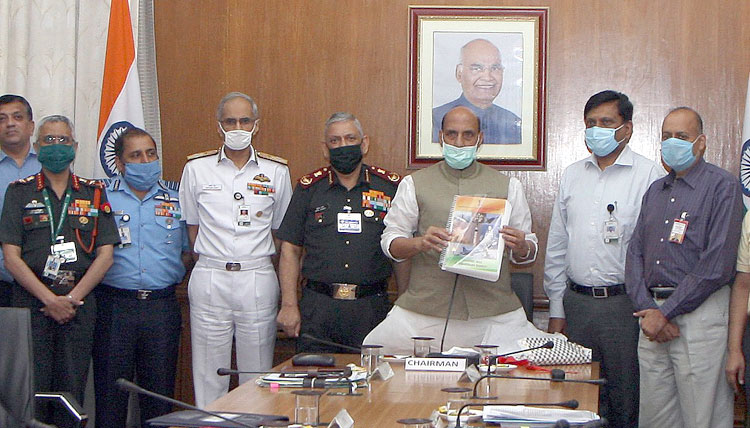 In 2005, the Defence Procurement Procedure DPP-2005 introduced the offset clause under which any foreign company winning a defence deal was required to invest part of the contract value in the country. The aim was to help build indigenous defence industry, bring in technology, develop skills and generate employment. Subsequently, DPP-2006 fixed the offset value at 30 percent in defence deals valued above 300 crore. The first offset contract was signed in 2007. In DPP-2016, the offset limit was hiked to 2,000 crore for full-import deals for inexplicable reasons.

A report by the Comptroller and Auditor General (CAG) tabled in Parliament on September 23, 2020 revealed that of the 46 offset contracts signed for 66,427 crore till December 2018, only 11,396 crore offset obligations were discharged by vendors, which is 59 percent of the 19,223 crore worth offsets that should have been discharged. To top this, the Ministry of Defence (MoD) accepted only 5,457 or 48 per cent of the 11,396 crore offsets offered - raising the overall deficit by December 2018 to 13,766 crore. CAG also pointed out that the rate of offset discharge has been 1,300 crore per year.

Above raises the issue of not only, not specifying what technology the vendor is to provide in each individual offset contract (perhaps leaving it vague only in terms of money) and monitoring vendor compliance in this digital age, but also losses on account of delays with depreciation of currency value and rising costs of products. Why cant the MoD put up yearly status of offset obligations on their website unless money is changing hands including for acceptance of offsets offered by vendors. The state of affairs does raise a stink which readers may discern.

On September 28, 2020, the new Defence Acquisition Procedure (DAP 2020) was released under which the offset clause in inter-government agreements (IGA) was removed and a new category for leasing military equipment introduced. Removal of offset clause possibly is fallout of the Rafale deal controversy. Significantly, the CAG had pointed out in their report that in the IGA for 36 Rafale jets Dassault Aviation and missile-maker MBDA till date had not confirmed ToT to DRDO under the offset clause.

DAP 2020 and removal of the offset clause has compounded woes of middle-rung private companies in defence sector, in addition to multiple difficulties due to the pandemic. Offset related orders had played a major role in sustaining these private industries but future contracts are not getting renewed anymore. Government has been talking of boosting private defence industry past several years but in reality very little has happened. Together with DAP 2020 hailed game-changer, the reality is as below:

Brahmos Missile - If the aim is to increase exports and attract FDI in defence, government needs to review DAP 2020

Every DPP / DAP is proclaimed the ultimate. But government needs to seriously examine the above issues. Atmanirbhar Bharat in defence shouldnt be consigned to the DRDO, DPSUs and odd politically favoured big-ticket private players. It must be holistic giving level playing field to the private industry, which is not the case despite assurances. There is also a view that the concept of India Sourcing was based on the principle of execution of potential offset obligations, and if the aim is to increase exports and attract FDI in defence, government needs to review DAP 2020.

Finally, the pandemic which has disrupted supply chains is not going away too soon. It is increasing business uncertainty and crippling manufacturing operations. India does need high-end technology if we are to beat China in the race, for which conditions must be made attractive. At the broader level, foreign companies are also concerned with the political discord and social unrest within India, as also the red tape and state of Centre-State relations. Take the Ahmadabad-Mumbai high-speed rail the completion of which has already been pushed back from 2023 to 2028.