PRESIDENT OF NEPAL BIDHYA DEVI BHANDARI CONFERRED THE HONORARY RANK OF GENERAL OF NEPALI ARMY ON GENERAL MANOJ PANDE, COAS AT SHEETAL NIWAS, NEPAL, AS PER THE UNIQUE TRADITION BETWEEN THE TWO ARMIES.

Army Chief General Manoj Pande arrived in Nepal on September 4, 2022, for a four-day visit on the invitation of the Chief of the Army Staff of Nepalese Army General Prabhu Ram Sharma. A tweet from the Indian Army said, "General Manoj Pandey, COAS proceeded on a four-day visit to Nepal. The visit will provide an opportunity to enhance existing bilateral defence ties and strengthen cooperation in areas of mutual interest."

A statement issued by the Ministry of Defence (MoD) before General Pandey's visit said, "India-Nepal relations are historic, multifaceted and marked by common cultural and civilisational ties, apart from mutual respect and trust. India attaches highest priority to its relationship with Nepal in accordance with its 'Neighbourhood First' and 'Act East' policies. This visit will provide an opportunity to take stock of the existing bilateral defence ties and strengthen cooperation in areas of mutual interest."

GENERAL MANOJ PANDE CALLED ON THE PRIME MINISTER OF NEPAL SHER BAHADUR DEUBA. THEY DISCUSSED ASPECTS OF MUTUAL INTEREST & WAYS TO FURTHER CEMENT THE TIES BETWEEN THE TWO NATIONS.

General Pandey was conferred with the honorary rank of General of Nepal Army on September 5, 2022, by President Bidya Devi Bhandari in a ceremony at Sheetal Niwas, the official residence of the President of Nepal. This is a reciprocal long standing tradition of friendship between India and Nepal. When Nepal's Chief of Army Staff General Sharma visited India in November 2021 at the invitation of his Indian counterpart, he was conferred with the honorary General of the Indian Army during the visit. The tradition has been followed by Nepal and India since 1950 after the then Indian Army Chief General K.M. Cariappa visited Nepal.

GENERAL MANOJ PANDEY RECEIVED A GUARD OF HONOUR AT HEADQUARTERS NEPALI ARMY AND LAID A WREATH AT BIR SMARAK.

General Pandey also visited Nepal's Army Headquarters where he paid homage to the fallen soldiers by laying a wreath and interacted with the senior leadership of the Nepalese Army. General Pandey handed over non-lethal military aid to the Nepal Army on September 6. This included 10 made in India mine protected vehicles, artillery equipment, medical stores and horses.

General Pandey's visit to Nepal was largely ceremonial though it did provide an opportunity to review bilateral defence relations and explore new avenues of cooperation. But it was in the backdrop of the Agnipath scheme launched by India earlier this year. The Indian side had submitted a formal proposal to Nepal seeking approval for recruitment of Nepalese citizens under the Agnipath scheme in July 2022 but there has been no official confirmation or refusal from Kathmandu so far.

Why should Nepali youth not look for regular service elsewhere (like in the UK) or short tenures in the PLA instead of in the Indian Army?

In fact, the political message from Nepal was that recruitment of Nepali youth should be suspended until consensus is achieved among Nepal's political parties. According to Nepali media, Narayan Khadka, Foreign Minister of Nepal summoned Naveen Srivastava, India's Ambassador to Nepal and told him to postpone the plan to recruit Nepali youth, who are drafted into the Indian Army's Gorkha regiment, under the Agnipath scheme.

The Indian Army recruits hundreds of Nepalese youth for its seven regiments of the Gorkha Rifles every year under the Tripartite Agreement signed amongst India, Nepal and the United Kingdom in 1947. Many quarters in Nepal contend that the Agnipath scheme violates this Tripartite Agreement, especially since there is no guarantee that Nepalese youth discharged after the four-year service in the Indian Army would get another job. There are over 30,000 Nepalese residents serving in the Indian Army's Gorkha Rifles battalions, which additionally embody Indian-domicile Gorkhas from Darjeeling, Dehradun and other locations.

China suffered heavily during the Galwan Clash because PLA soldiers are recruited for short tenures. This was pointed out publicly by the Chief of Defence Staff, General Bipin Rawat. Even the Army had proposed a limited experiment with 100 officers and 1,000 soldiers. Rhetoric in the media kept citing short tenures in American and Israeli militaries but the constraints of these countries and their battle conditions compared to India were ignored. Agnipath is a political decision  same way as the directions to Indian Army for cutting down its strength by 2,00,000 just because China downsized the PLA by retrenching 3,00,000 troops as part of the military reforms. It is ignored that China still wields the world's largest military numbering 2.8 million (twice the size of the US military) and eyes vast tracts of Indian Territory. 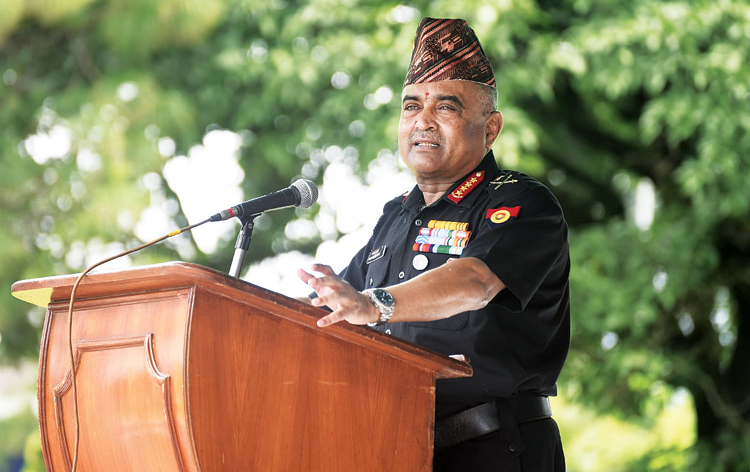 There is no way that General Pandey could have assured that Nepalese youth would be absorbed in second jobs after 4-years in the Indian Army. Significantly, there have been reports of China recruiting Tibetan and Nepali youth into the PLA since the past two years. Why should Nepali youth not look for regular service elsewhere (like in the UK) or short tenures in the PLA instead of in the Indian Army? Why would Chinese intelligence not recruit them for settling down in border areas and elsewhere, like in Nepal's Terai region bordering India?

Nepal shares a border of over 1850 km with five Indian states (Sikkim, West Bengal, Bihar, Uttar Pradesh and Uttarakhand) and is important for India in the context of its overall strategic interests in the region. At the same time being land-locked, Nepal relies heavily on India for the transportation of goods and services. Nepal's access to the sea is through India, and it imports a predominant proportion of its requirements from and through India. But India's refusal to provide regular service to Nepalese youth in the Indian Army will cast a shadow not only on Indo-Nepalese relations but more importantly relations between the armies of both countries. Indian Army recruiting centres in Nepal could well be asked to close shop.