The military community has come out strongly in support of the Modi Government's decision to revoke the provisions of Article 370 of the Constitution giving separate status to Jammu and Kashmir, and the separation of Ladakh from the state.

"Proves that we have a decisive and nationalistic leadership."
—General J.J. Singh (Retd.)

Articulating the military viewpoint, Lt General Subrata Saha (Retd), a former Corps Commander in Kashmir, welcomed it as a "long overdue decision" and "the correction of a historical wrong" which ended 70 years of uncertainty.

In an on camera interview to SP's Digital, Lt General Saha, a highly decorated Army officer who retired as the Deputy Chief of Army Staff, hailed "the bold move" to end the uncertainty over the status of Jammu and Kashmir and paving the way for its full integration with the rest of the country.

A temporary, enabling provision (Article 370) has logically transitioned to integration, Lt General Saha said. "It's an opportunity for the people of Jammu and Kashmir to be more secure," he added. 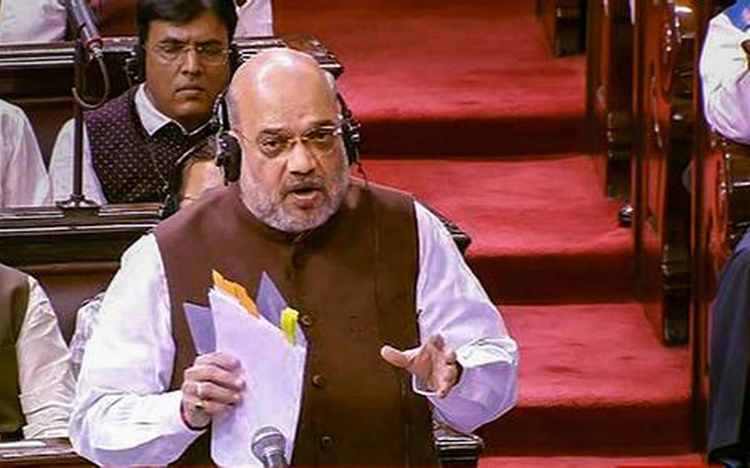 KASHMIR REBOOT: While announcing the repeal of separate status for Jammu and Kashmir and the re-organisation of the state into two separate Union Territories of J&K and Ladakh, Home Minister Amit Shah told Parliament that Article 370 was the root cause of terrorism in the state

While integration opens up economic opportunity for Jammu and Kashmir, it was vital to manage the political fallout of this landmark decision is crucial. "Handling the aftermath if absolutely crucial...for people to understand the implications of what has been done," he said, warning that vested interests would stoke trouble.

A temporary, enabling provision (Article 370) has logically transitioned to integration, Lt General Saha said. "It's an opportunity for the people of Jammu and Kashmir to be more secure," he added

"There's always a proxy war happening, which is being engineered from Pakistan. Those people will have to be dealt with," Lt General Saha cautioned.

Re-organisation of the strategically-located state will also help in better security management, he said.