Assault weapons are guns/fire arms that fire one round each time the trigger is pulled. They are not assault rifles or machine guns. 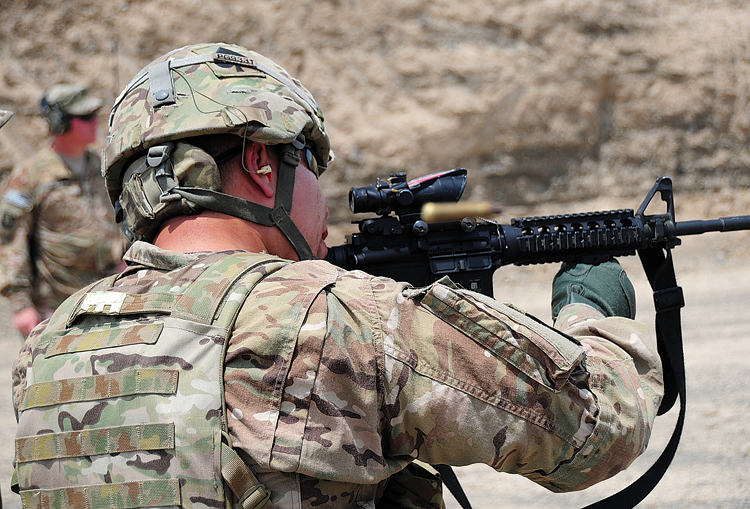 The term “Assault Weapons” as such is not defined in the dictionary and each word of the term is defined seperately. The Cambridge dictionary defines the word “assault” as a violent attack and “weapon” as an object used in fighting or war such as gun, bomb and knife, etc. So if we combine the two the sense that we get is that an “assault weapon” is a weapon for unleashing a violent attack.

Oxford dictionary also does not define the term “assault weapon” but it does define an assault rifle which it defines as - A lightweight rifle developed from the sub-machine gun, which may be set to fire automatically or semi-automatically.

In the United States, an assault weapon is a term used to define some types of firearms. The definition varies among regulating jurisdictions, but usually includes semi-automatic firearms with a detachable magazine and a pistol grip, and sometimes other features such as a flash suppressor or barrel shroud. Some firearms are specified by name. At the time that the now-defunct Federal Assault Weapons Ban was passed in 1994, the US Justice Department said, “In general, assault weapons are semiautomatic firearms with a large magazine of ammunition that were designed and configured for rapid fire and combat use.” The origin of the term has been attributed to legislators, gun control groups, the media, and the firearms industry itself. It is sometimes equated with the term “assault rifle”, which refers to selective-fire military rifles that can fire in automatic and/or burst mode but this equation is incorrect. Thus drawing from US federal and state law definitions, the term “assault weapon” refers primarily to semi-automatic rifles, pistols, and shotguns that are able to accept detachable magazines and possess one or more other features. Some jurisdictions define revolving cylinder shotguns as assault weapons. Legislative definitions do not include fully automatic weapons, which are regulated separately as Title II weapons under US federal law.

Common attributes used in legislative definitions of assault weapons in the US include:

The popularly held idea that the term ‘assault weapon’ originated with antigun activists is wrong. The term was first adopted by manufacturers, wholesalers, importers and dealers in the American firearms industry to stimulate sales of certain firearms that did not have an appearance that was familiar to many firearms owners. The manufacturers and gun writers of the day needed a catchy name to identify this new type of gun.

The AR-15 rifle, is the most popular rifle sold in the United States today. Millions have been sold to American citizens since 1963.

The AR-15 is the most common example of what are sometimes called assault weapons. But what does this term actually mean?

First, it is important to understand what an assault weapon is not. The terms “assault weapon” and “assault rifle” are often confused. According to Bruce H. Kobayashi and Joseph E. Olson, writing in the Stanford Law and Policy Review:

Prior to 1989, the term “assault weapon” did not exist in the lexicon of firearms. It is a political term, developed by anti-gun publicists to expand the category of “assault rifles.”

It is like the M4A1 carbine, a US military service rifle. It is also an assault rifle.

The M4A1 is fully automatic. This means it fires multiple rounds each time the trigger is pulled. The M4A1 can fire up to 950 rounds per minute.

Like the majority of firearms sold in the United States, the AR-15 is semi-automatic. This means it fires one round each time the trigger is pulled. The AR-15 can fire between 45 and 60 rounds per minute depending on the skill of the operator. This rate of fire is comparable to other semi-automatic firearms, but pales in comparison to fully automatic assault rifles, some of which can fire more than 1,000 rounds per minute.

So-called assault weapons are not machine guns or assault rifles. According to David Kopel, writing in The Wall Street Journal:

What some people call “assault weapons” function like every other normal firearm—they fire only one bullet each time the trigger is pressed. Unlike automatics (machine guns), they do not fire continuously as long as the trigger is held. ...Today in America, most handguns are semi-automatics, as are many long guns, including the best-selling rifle today, the AR-15, the model used in the Newtown shooting. Some of these guns look like machine guns.

Therefore assault weapons are guns/ fire arms that fire one round each time the trigger is pulled, however due to the menacing looks of weapons like the AR-15, people often confuse them with automatic, assault rifles. 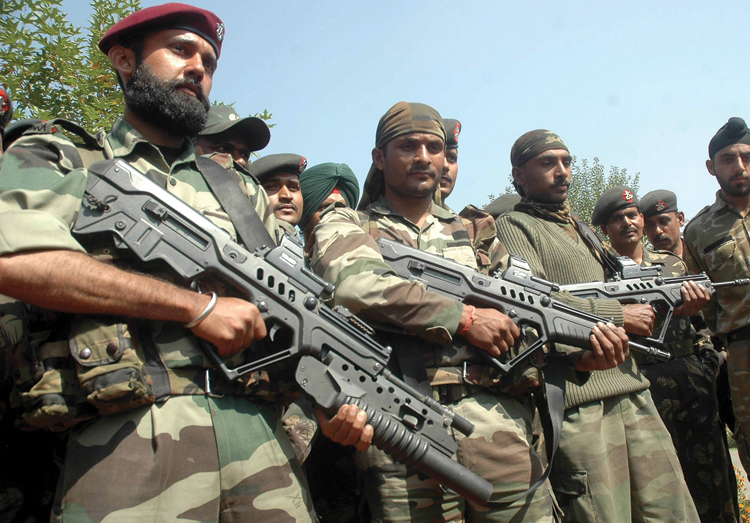 Some of the assault rifles which are in use in Indian armed forces are given below:

All the above assault rifles being automatic weapons cannot strictly be termed as assault weapons which are semi automatic, single shot weapons.

The Defence Acquisition Council (DAC), chaired by Raksha Mantri Nirmala Sitharaman, met on January 16, 2018, and cleared procurement of 72,400 assault rifles and 93,895 carbines on fast track basis for 3,547 crore to enable the Defence Forces to meet their immediate requirement for the troops deployed on the borders.

On Tuesday, February 13, 2018, Indias Defence Acquisition Council, presided over by the Raksha Mantri Nirmala Sitharaman, cleared 15,935 crore worth of proposals including the one to procure 7.4 lakh ‘Buy and Make (Indian)’ assault rifles at a cost of 12,280 crore for the three services. This clearance also included 1,819 crore worth of Light Machine Guns which will also be procured through the fast-track procedure to meet the operational requirement of the troops deployed at the border. Additionally the clearance includes 5719 sniper rifles for the Indian Army and Air Force at an estimated outlay of 982 crore.