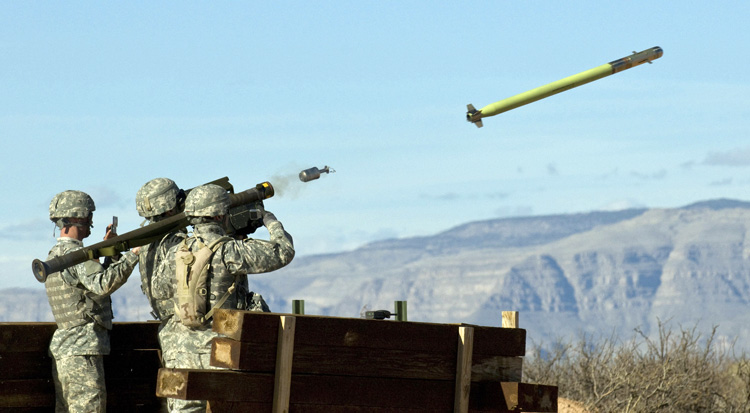 The US Army has completed qualification testing for a new proximity fuze that significantly enhances the combat-proven Stinger® missile produced by Raytheon. During recent testing at Eglin Air Force Base in Florida, the upgraded weapon system scored a perfect 100 per cent hit rate against a variety of targets. The missiles were shoulder- and vehicle- launched.

The new proximity fuze enables the lightweight, self-contained air defence system to destroy a wider array of battlefield threats such as enemy unmanned aircraft systems by detonating the missile’s warhead near the target, while maintaining its hit-to-kill capability. Plans call for the new proximity fuze to be integrated into Stinger missiles as part of a Service Life Extension Program. Combat proven, the Stinger missile has more than 270 fixedand rotary-wing intercepts to its credit. It’s deployed in more than 18 nations and with all four U.S. military services. The weapon can be rapidly deployed by ground troops and on military platforms, and has been integrated for use on the Apache Attack Helicopter.