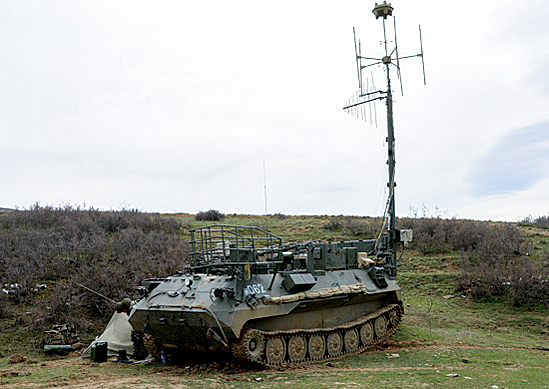 A motorised rifle unit has received the Borisoglebsk-2 electronic warfare(EW) complex which compromises of several stations based on a multi-purpose armored all-terrain vehicle. Compared with its predecessors, it has an extended frequency range of radio intelligence and electronic jamming. More powerful EW stations EW can more effectively influence various types of radio-controlled objects. The Borisglebsk-2 can jam control channels of unmanned aerial vehicles, radiocontrolled landmines of the adversary. The personnel of the unit have already been trained on the new EW system.