The future battlefield scenarios require that we be competent warfighters, but we cannot be competent fighters unless we are as intelligent and mentally tough as we are aggressive and physically rugged 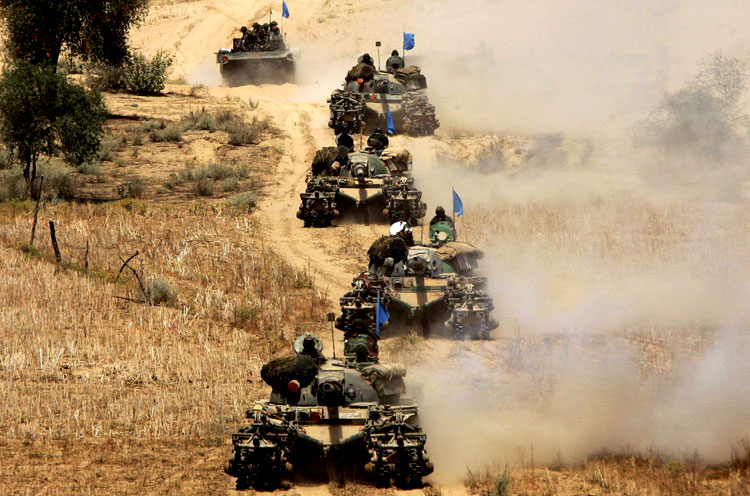 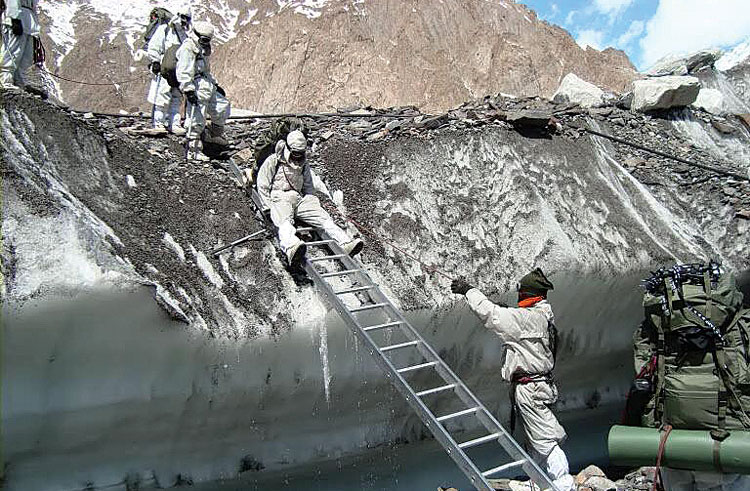 (Top and Above): There is a need to inculcate a Warrior Ethos in the Army as they are soldiers first and foremost

“The man who enjoys marching in line and file by the strains of music falls below my contempt; he received the great brain by mistake; the spinal cord would be amply sufficient.”
—Norman Dixon, (Psychology of Military Incompetence)

While various transformational initiatives are intended to transit the Indian Army into a modern force that is prepared to fight and win wars of the future, the greatest challenge will be to transform existing mindsets to adapt to this transition. The change must reflect a professional mindset that is in tune and evolving with the times.

The Indian Army has a long and illustrious record; it has excelled both in war and peace; combating and ensuring security against internal and external threats. While we have an enviable record; the future will demand increasingly higher levels of professionalism. In essence, a professional Army should either be at war, or preparing for one. This focus must not be diluted and diffusion avoided. Our functioning should be professional, ethical and transparent. Organisational goals should take precedence over personal ambitions.

While there is much that is good, there is a need to curb the increasing tendency to take refuge behind age-old traditions and customs, to resist change. The inertia of status quo attitude needs to be overcome, so as to adopt modern best practices for a transformed Indian Army.

The defining character of Armed Forces; entrusted with the security of our nation, is built upon an intrinsic value-based system. This value system forms the bedrock of the basic ethos of the Army. Essential qualities of professional commitment, sacrifice, loyalty, mutual trust and ethical conduct are driven by the functional ethos that prevails. Over the years, certain amount of diffusion has set in and needs correction, especially to reinforce the Warrior Ethos, stringent ethical standards and probity, while improving the working environment.

Warrior Ethos. There is a need to inculcate a Warrior Ethos in the Army. We are soldiers first and foremost, and should reflect the ethos of a warrior, which is so aptly enunciated in the Bhagwat Gita, as under:

“I am a warrior; fighting is my Dharma.
I will train my mind, body and spirit to fight,
Excel in all devices and weapons of war,
Always protect the weak,
Be humane, cultured and caring,
Be truthful to the point of bluntness,
Fight and embrace the consequences.
God give me strength that I ask nothing of you”.

It is often said that, “The most powerful tool any soldier carries is not his weapon but his mind.’’ Morale, training and ethos have long been known to result in disproportionate effects on the battlefield. The complex operational environment of the future is unlikely to offer any relief or respite from contact with the enemy, across the spectrum of conflict. Given this reality, all officers should be prepared for close combat - all officers must be warriors first. The Scholar Warrior Ethos is about being a Soldier first. The Indian Army needs to train and motivate each officer to be a Scholar Warrior. Some of the attributes that we need to infuse in the officers and soldiers to turn out scholar warriors are: -

Notwithstanding the erosion of values and standards of ethical behavior in the society, the Army as an institution cannot allow any compromise in its own standards of ethics and probity. The impeccable character and transparency that is expected of soldiers should be constantly reinforced. Therefore, there is a requirement to lay down a code of conduct to ensure a culture of ethical standards and probity. A suggested code is enumerated below, as a guide to be followed and reinforced:-

With infusion of technology and to meet the demands of a dynamic environment, there is a definite need to adopt ‘Directive Style of Command’ at every level. Some of the steps that may be considered are:-

It is essential that we nurture junior leaders and soldiers, who are our most important resource. Time spent in training and in caring, is time invested wisely in the future of our Army. Preserve them, nurture them and encourage them. Each senior commander must ensure a tension free environment where each one can serve with dignity and honour. On this Army Day let us dedicate ourselves to; Integrity, competence and commitment.