Israel Aerospace Industries (IAI) has recently completed a dual operational firing trial with LORA, the Long-Range Artillery Weapon System, a precise ballistic surface-surface strike missile (SSM). The trial was performed as part of IAI’s work plan, testing and proving the production series of the said missile. The test demonstrated the state of the art capabilities of the advanced system to customers. The test also verified certain improvements in electronics, and components that contribute to the system’s accuracy.

Held in the open sea, the complex trial included two scenarios to test and demonstrate LORA’s advanced capabilities. The first scenario involved a short-range launch to 90 km and the second to an extended range of 400 km. Under both scenarios, the missile was launched to its trajectory, navigated its course to the target, and was concluded by a successful hit with utmost precision. Both the weapon system and the missile successfully met all of the trial’s objectives.

According to Boaz Levy, IAI’s EVP and General Manager of the Systems, Missiles, and Space Group, the trial was executed according to a fully functional design, which tested the system’s maneuvering, strike, and precision, as well as technological developments and enhancements introduced by the engineers. “Performing a trial with this level of complexity during these days is a testament to IAI’s unwavering commitment to our clients across the globe. The impressive results of the trial prove the system’s maturity and state-of-the-art capabilities.” Levy added. 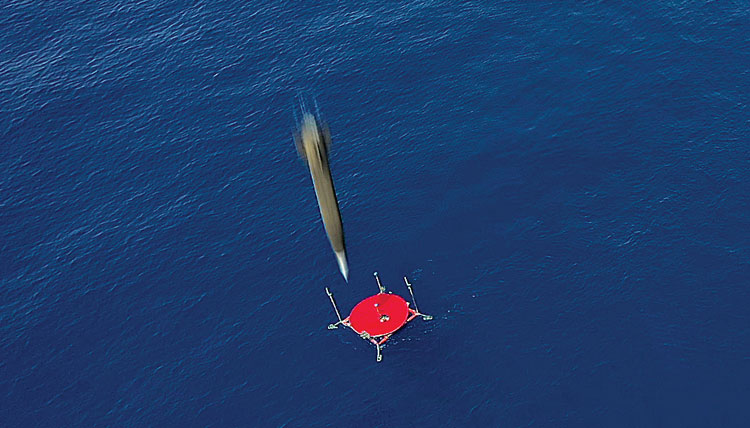 Developed by IAI’s Missiles & Space Group MALAM division, LORA is a longrange surface-to-surface missile (SSM) that can be launched at targets at various ranges with a precision level of 10 meters CEP. The ballistic missile can be launched from landmobile launchers or naval vessels, at targets designated by their location. The missile uses GPS-based navigation system aided by an inertial navigation system, delivering hit accuracy of 10 meters. The missile can carry either a multi-purpose a blast-fragmentation or a penetration warhead of 240 kg of weight.

The missile system being tested was an operational ground version of the system, comprised of a four-canister launcher unit and command control shelter. Only two missiles were used on this test, both successfully fired the missiles from a position in the open sea to comply with the safety and qualitative requirements of trials of this type. The trial was executed with a portable trial field and a capsule team that managed the trial remotely.

Boaz Levy, IAI’s EVP and General Manager of the Systems, Missiles and Space Group, said: “The complex trial, performed under COVID-19 limitations, demonstrated the advanced capabilities of both IAI and LORA, our strategic missile system.