Will human intelligence and creativity win the next war or the leader in AI will rule the world? Technological innovations in the future would surely change the nature of warfare. Future conflict will take place in a battlespace that is shaped by Artificial Intelligence and other new technologies. 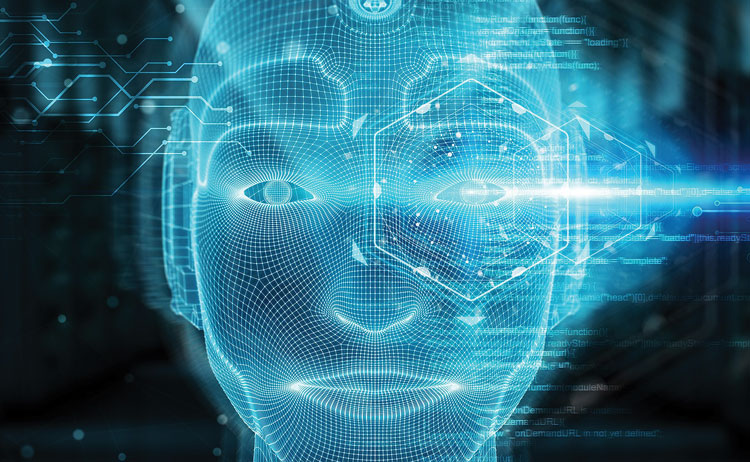 Three events were prominently covered in media during 2020. First was the killing of Iranian General Qasem Soleimani on January 3 through precision targeting by a US drone near Baghdad International Airport while he was on his way to meet Iraqi Prime Minister Adil Abdul-Mahdi in Baghdad. Second was the Azerbaijan-Armenia conflict in Nagorno Karabakh in which swarm drones used by Azerbaijan played a decisive role. Third was the assassination of Iranian nuclear physicist Mohsen Fakhrizadeh on November 27 for which Iran accused Israel. Iran’s Tasnim news agency quoting a senior Iranian military official has stated that Mohsen’s assassination was carried out remotely with artificial intelligence and a machine gun equipped with a “satellite-controlled smart system”.

Use of drones with artificial intelligence (AI) has been witnessed in recent years. The Islamic State used drones in Iraq-Syria and was even trying to develop rocket assisted drones. Russian bases in Syria too were subjected to swarm drone attacks. In September 2019, Yemen-based Houthi rebels executed a coordinated massive swarm drone strike on two ARAMCO oil production facilities of Saudi Arabia defeating the Saudi air defence systems. Addressing students in Moscow during September 2017, President Vladimir Putin had famously said that whichever country becomes the leader in AI research “will become the ruler of the world”. Interestingly, China has set itself the goal of becoming leader of AI by 2030.

To the ongoing development and application of information communications and technology (ICT) resulting in precisionguided weapons and net-centric warfare (NCW), technologies like stealth and hypersonic systems have been added in a major way. In addition is cyber-warfare and ‘media mercenaries’. Readily available new technologies can be exploited and used by both state and non-state actors as large spectrum of new tools to inflict damage and disruption not only on traditionally superior military forces in the battlefield, but also on civilian populations and critical infrastructure.

Rapid technological advances will continue to revolutionise the five dimensional conflict (aerospace, land, sea, cyber and electromagnetic), information warfare, electronic warfare, asymmetric warfare, all other forms of operationalised cyberspace, radiation combat, robotic combat and nano-technology combat. Information superiority is as important as land, sea, aerospace superiority. Nonlethal weapons (NLW s) of various kinds, biological pathogens and other weapons of mass destruction (WMD), lasers and particle beams, rail guns and long-range kinetic strike systems, enabling technologies such as nano-materials and additive printing or 3D manufacturing have arrived on the scene. High-powered microwaves too are in use to destroy enemy electronics although they have certain limitations.

Solid-state laser technology is affordable and will be deployed in the near future to damage or destroy enemy systems on the battlefield at sea, air and ground. Ground vehicles will use them against artillery, mortars, UAVs, and other proximate threats. China’s biological bombing of the world by releasing the virus from Wuhan has signaled the horrors of biological attacks. Such virus attacks can have many variations. Ebola itself can be used as a biological weapon. More dangerous research is on synthesising DNA into viruses and other potential pathogens. China has integrated Pakistan in such research by establishing a Wuhan-like research facility in Pakistan. 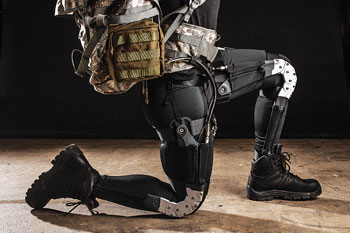 Warrior web closer to making its performance-improving suit a reality

More advancement in military technologies is ongoing. In addition to loitering munitions already in use, sensor-packed bullets are being developed that can change course rapidly in midair hitting the target with ease. This would particularly make sniping much more lethal and effective. Drone submarine hunters have been developed as the answer to submarines having added stealth features. Laser cannons can fire repeatedly with just a truck-mounted diesel generator. To protect against plasma weapon attacks, plasma shields are being developed. Beyond the testing of anti-satellite (ASAT) missiles, advanced technology is being developed to silently hunt and “melt” the enemy satellites. This reportedly involves reflecting a sunbeam on the enemy satellite that will over a long period heat the target satellite causing it to fall out of its orbit and burn up on re-entry into the upper stratosphere.

The newest skin coatings for painting the face in battle don’t just conceal the soldier but also reduce the fighter’s visibility to thermal vision sensors by blocking the nearinfrared wavelengths those systems look for. Current camouflage can hide soldiers and their vehicles from human sight but is close to useless against ever-more-common infrared vision systems. But research is on with structural protein called ‘Reflectin’ functioning in the same wavelengths as night vision systems to overcome this problem. China has also been reporting development of invisible clothing.

There is no doubt that future battle-space will be shaped and geminated by new technologies and AI. However, the view that AI will rule conflicts and this revolutionary change will witness humans being replaced by robots is misplaced. Humans who most quickly exploit the battlefield have invariably overcome technological disadvantages and delivered victory. Though AI and other technology will be important in future conflicts, the best bet for future victory is developing the tactical, operational, and strategic innovators who will leverage battle-space conditions to achieve victory, regardless of the technical balance. The US-Vietnam war is a perfect example of this. But human intelligence will win the next conflict, not technology. Perhaps, no one can understand this better than Chinese President Xi Jinping who understands the human deficit of the Peoples Liberation Army (PLA). That is why China is working on genetically developing super-soldiers. 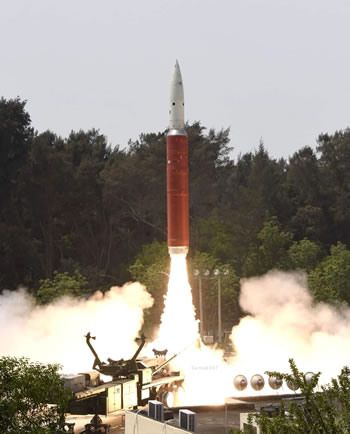 In recent years, Chinese scientists, physicists and strategists have been emphasising that biotechnology could become a new strategic tool in conflict. US intelligence officials now say that China has already conducted human testing on PLA soldiers hoping to develop soldiers with biologically enhanced capabilities. Chinese researchers have used the gene-editing tool ‘clusters of regularly interspaced short palindromic repeats’ (CRISPR) used to treat genetic diseases and modify plants, but in conducting human testing “there are no ethical boundaries to Beijing’s pursuit of power.” Western scientists consider it unethical to seek to manipulate genes to boost the performance of healthy people.

Militaries world over are developing ‘Exoskeleton Suits’ to lighten the load of soldiers and help provide support for muscles and joints, enabling soldiers to walk longer with less muscle fatigue and to minimise risk of injury when lifting something heavy. Synthetic textile innovations and sensors will sense when a joint is being stressed and provide more support to the area instantly. Work is under way also on development of brain implants to monitor and control the emotions of mentally ill subjects, including soldiers with post-traumatic stress issues and personality disorders. Research is being done to develop microscopic devices that could be injected through a needle into specific areas of the peripheral nervous system where they would monitor and regulate nerve signals, helping to treat injured organs. A futuristic face mask with special software that can reduce a soldier’s perception of pain simply through engagement in virtual game to distract the mind during physical therapy to reduce pain is being developed. Super-packed blood cells are being researched to infuse modified blood cells packed with vaccines, antitoxins, antibodies and synthetic and natural healing agents designed to quickly neutralise pathogens.

Technology has always been used to produce improved tools of warfare. The present knowledge age, is unfolding an unprecedented revolution in technologies as described above. The ongoing Chinese aggression launched in Eastern Ladakh during May-June 2020 has served as a wakeup call for India. There has been a flurry of missile and rocket tests but it will take continued focused research and development (R&D) to equip and modernise the military that was deliberately put in the cold storage over the past decades. R&D in defence has suffered because the private sector is not given a fair opportunity other than fake promises. Had the private sector been given a free-hand, our military would have been equipped with indigenous drones for multiple tasks years back. Our government-owned ordnance factories waste crores of rupees producing faulty ammunition and cannot meet the military’s requirements.

It is a shame that with the size of governmental defence-industrial set up that we have, India was the second highest defence importer in the world during 2019 after Saudi Arabia. We have isolated successes like the recent demonstration of quantum communications between two laboratories but that is not much consolation. We are years behind China in many aspects of military technologies including drone warfare. Interestingly, Russia has developed analytical software for smart munitions that makes them resistant to electronic warfare systems. The new system of radio-electronic protection has increased the accuracy of striking targets in a jamming environment: it allows receiving detailed information on the targets under active jamming with changing intensity. Next generation munitions with the function of artificial intelligence are the most effective means of destruction in present-day conflict.

The Indian Army is aware of the above developments but modernisation has been constrained with successive yearly defence allocations that have been negative in actual terms. Military in India has been kept away from strategic security formulations by the bureaucrats who rule the roost and on whom the political hierarchy is dependent for advice. Reduction of manpower of PLA by China was cited for reducing the size of our Army as also technology substituting for the soldiers. No one asked where the ground threat to China is and what is the technology fielded in the Indian Army to substitute the soldiers. Yet the current Chief of Defence Staff (CDS), when Army Chief, went for changes in the Army’s structure and reduction of manpower in complete isolation without touching the bloating civilian-defence employees eating into the defence budget, even making bizarre recommendations like promoting Colonels directly to Major General Rank.

In the Army’s context, too much talk of coming AI-enabled systems which will take years to be fielded can create blind spots. This should be avoided. Recall that the report of the Standing Committee on Defence tabled in Parliament on March 14, 2018 had brought out that 68 per cent of the Army’s equipment holdings were in ‘vintage category’. Nothing much is likely to change in the near future notwithstanding what rhetoric is ‘planted’ in media. But we must use our national resources to develop future military technologies in conjunction our strategic partners bilaterally. The US National Security Commission on Artificial Intelligence has recently proposed a US-India strategic technology alliance for developing a technology strategy and research on emerging technologies in the field of defence and security. We must take advantage of such offers.

At the same time, we must be ready for fighting the new-age war including swarm drones and hypersonic platforms, both in defensive and offensive operations. In terms of drone warfare, we need both ground and air-based anti-drone systems, not just for close protection like the SMASH 2000 rifles being procured by the Navy. The character of war will continue to evolve. The Indian Army is making changes and adapting to the new changes as best as it can. However, it needs the support of the government and no unnecessary interference by the CDS. Government must also shed its inhibitions and give the Army free hand for launching cross-border sub-conventional operations.