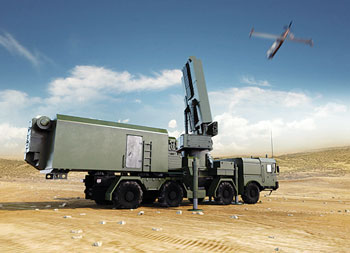 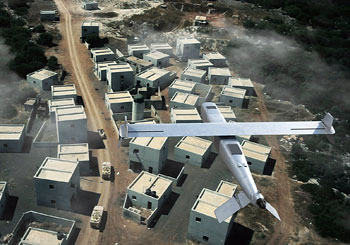 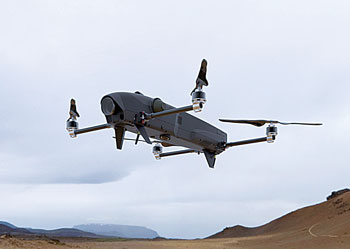 On modern battlefields, it is critical to quickly spot the enemy and act on real-time information. The precise location of the enemy in modern combat is not always known, even if the general area of their activities can be determined.

Persistent surveillance of a broad area, timely detection, and quick engagement of the enemy, immediately as targets emerge, are imperative to dominate the modern battlespace. Israel Aerospace Industries (IAI) loitering munitions specialize in missions such as these.

The loitering munitions weapons are designed to operate in complex arenas and to detect moving targets on foot or in a vehicle. Having a loitering munition in the sky with the right sensors is the most efficient way to deal with such adversaries. IAI’s family of loitering munitions is the ideal match for the time-critical, elusive, and evasive fleeting enemy targets of the modern battlefield. These loitering munitions resemble an alert hunter on the prowl, patiently watches, and waits for its target to reveal itself, then pounces just at the right time.

Loitering munitions can stay in the relevant area of combat operations for an extended time, and use sensitive electrooptic or anti-radiation sensors to cover and acquire an entire area in which enemy activity is known to be happening.

Ground forces can operate loitering munitions from a distance, further back behind the frontline, or on the frontline, using portable tablet-based controls.

A Legacy of Loitering Munitions

In the 1980s, IAI pioneered the loitering munitions field with its development of the Harpy platform, as a method to overcome intelligence gaps around enemy activity.

Later, the larger Harop platform was born. In recent years, IAI has continued to act as a trailblazer in the area, introducing several loitering platforms that serve the tactical level.

Among others, these include the electrically powered Mini Harpy, equipped with dual-homing capabilities - utilizing antiradiation and electro-optical seekers.

Weighing 40 kilograms, the Mini Harpy is vehicle-launched, like the Harop. With a broadened capability spectrum, Mini Harpy can utilize all sensors simultaneously. By employing the radiation-sensors, day and night, and electro-optics sensors at the same time, the Mini Harpy enables the user to cover broader areas, and look for targets more effectively, rather than searching for them through a straw. The Mini Harpy has an anti-radiation sensor which cues the camera on-board. The Mini Harpy carries a warhead with eight kilograms of explosives. It can strike targets within a one-meter accuracy. Its operating range is 100 kilometers, enabling ground units to extend operations deeper into a hostile area or employ offensive weapons from far back if needed.

IAI’s Rotem quadcopter munition is the second tactical loitering solution offered by IAI, designed for employment by the ground forces and the individual soldier at the small unit level. With a range of 10 kilometers, it is relevant for units up to the battalion level.

Lightweight, compact, and affordable, Rotem enables individual soldiers to put eyes in the sky, over the hills, beyond the line of sight, and strike the enemy as soon as targets appear.

The Rotem provides tactical field units with a new advantage against adversaries. If it does not receive authorization to attack, the Rotem can fly back and be retrieved safely, have its battery replaced, and immediately deploy on a new mission. It carries electro-optical day and night sensors.

IAI’s loitering munitions don’t just hover in the sky. Like alert hunters, they ensure that ground forces are monitoring the right area, waiting to detect and pounce on targets as soon as they appear. By empowering the tactical and operational level, loitering munitions enable ground forces and special operations elements to arrive at the battlefield with game-changing advantage, by overcoming intelligence gaps and dealing effectively with the elusive ‘disappearing’ enemy.’