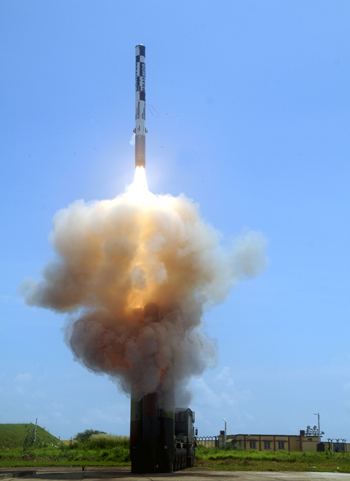 The best news for India’s defence sector in the current year, which has just begun, is that India and Philippines are likely to sign a $374.9 million deal shortly for the supply of “multiple” BrahMos shore-based supersonic cruise missile systems as part of Manila’s plan to beef up its defence amid territorial conflict with China.

In January 2013, Philippines initiated arbitration proceedings against China’s claim on its territories within the ‘nine-dash line’, which it said is “unlawful” under the UNCLOS. On July 12, 2016, the Permanent Court of Arbitration (PCA) ruled in favour of the Philippines, rejecting all Chinese claims. The PCA tribunal decision was ruled as final and non-appealable by either country. But China has rejected the tribunal ruling saying this is a bilateral issue.

In November 2021, Chinese coast guard ships blocked and used water cannons on two Philippines supply boats heading to a disputed shoal occupied by Filipino marines in the South China Sea. This led to a warning from the Philippines government that its vessels are covered under a mutual defence treaty with the US. In December 2021, the Philippines’ budget department issued two special allotment release orders (SARO ) worth Peso 1.3 billion (190 crore) and Peso 1.535 billion (224 crore). The SARO allows the country’s Department of National Defence to finalise contracts for military hardware.

According to Indian government sources, though negotiations for BrahMos between India and the Philippines had been going on for the last few years but the obvious roadblock was Manila’s budgetary constraints and additionally, limitations due to the COVID-19 pandemic were also cited by the Philippines in December 2020. Eventually on March 2, 2021, India signed a key enabling pact with the Philippines that has paved the way for the government-togovernment deals on defence equipment, including BrahMos.

On December 31, 2021, the Philippines’ Department of National Defence published a ‘Notice of Award’ to the Indo-Russian joint venture BrahMos Aerospace, which implied that Philippines has accepted the Indian proposal of export of BrahMos missile system and is now seeking to sign the contract with India. The notice award for the contract to procure a Shore-based Anti-ship Missile system for the Philippines Navy sought a response from BrahMos Aerospace within 10 days. An Indian delegation is now slated to visit Manila next week to sign the contract.

This will be the very first export order for the BrahMos cruise missile that has a range of 290 km. Media has quoted the defence ministry officials saying that the contract would entail an unspecified number of missiles and launchers, spare parts, payment schedule and delivery and training schedule. Also, that the contract is for the shorebased variant of the anti-ship missile system and it will bolster Philippines’ defence capability amid increasing Chinese aggression.

On January 11, 2022, India also successfully test-fired the naval variant of the BrahMos supersonic cruise missile from INS Visakhapatnam hitting the designated target ship precisely. The missile can fly at 2.8 Mach, which is almost three times the speed of sound. This variant would also be available to countries like the Philippines and other interested countries in the future.

The $374.9 million BrahMos deal with the Philippines will be the biggest single defence export order that India has received. But China should be expected to try its level best to scuttle the deal even after the government-to-government deal is inked. It may be recalled that though Philippines President Rodrigo Duterte has talked of the possibility of war with China in the past, he did not press the issue of the unanimous ruling by the PCA in favour of the Philippines in 2016 rejecting China’s illegal claims because of the Chinese investments and financial assistance to the Philippines. Moreover, the next presidential elections are slated in the Philippines on May 9, 2022. It will, therefore, be prudent for India to commence the export of BrahMos missiles to the Philippines immediately after the government-to-government deal is signed.

Media reports indicate that the Indian government is also planning to sell the BrahMos missiles to Vietnam as the country looks to boost its arms export market. This talk has been going on for past several years. But perhaps the reasons it has not come through is Russian inhibitions of exporting the missile system to Vietnam due to its relations with China or budgetary constraints of Vietnam. In the former case, India could convince Russia that Vietnam being equipped with the BrahMos is purely for defensive purposes because Vietnam would not invade China under any circumstance. As for the second reason, India could consider a line of credit to Vietnam for initial limited numbers of the missile system. Vietnam has many problems with rogue China as the Philippines, if no more. Export of BrahMos missiles can contribute greatly in meeting India’s target of $5 billion in defence exports by 2025.