We keep repeating the mistakes. The Chinese PLA incursion in Ladakh, across the LAC, is once again a collective intelligence failure for India. There is much to be learned for India from the current scenario. 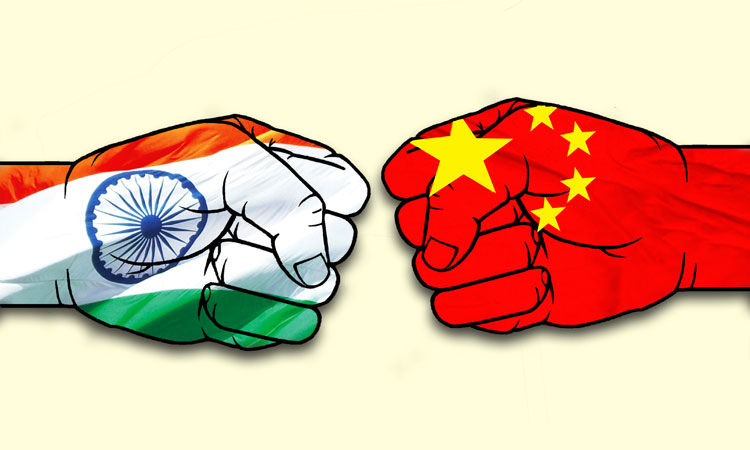 The norm we follow is to appoint committees after conflict situations whose reports are either buried like Henderson Brooks report of 1962 or lessons forgotten like of Kargil Review Committee. Commenting on shortcomings ‘during’ the conflict is taboo – even considered anti-national. Result is we tend to keep repeating our mistakes.

But there is much to be learned from the current scenario.

One, Jarnail Singh, former joint secretary in PMO has blamed R&AW for intelligence failure for the 1999 Kargil intrusions in his book ‘With Four Prime Ministers – My PMO Journey’. 21 years later we suffered similar intelligence failure with Chinese aggression in Eastern Ladakh, even though NTRO was raised after 1999. Mere intimation of PLA exercise in Aksai Chin, which is training area for PLA mechanised forces, was hardly enough. China had constructed a new road four kilometers short of Galwan which satellite imagery should have picked up. The NSA and the Joint Intelligence Committee failed to warn the Cabinet Committee on Security of the impending threat, as did the Director General, Defence Intelligence Agency to the Defence Minister.

Two, China has had 24x7 satellite cover astride the LAC but we have been focused on Pakistan and failed to do so against China despite missions to the Moon and Mars.

Three, China had reacted strongly to our map of Union Territory of Ladakh issued in October 2019 which included Aksai Chin. This was reason for us to be more vigilant. In fact, intelligence reports indicate that China was to intrude into Eastern Ladakh last year itself but the operation was delayed because of COVID-19.

Four, prior to Kargil Intrusions, Pakistan had observed that our reserve Division at Nimu in Ladakh had been moved to the Kashmir Valley to deal with the heightened insurgency. In the current context, India was busy battling COVID-19 and because of the lockdown the routine exercises were called off and mobilisation hampered because of limited rail movement. Did we anticipate that China will seize this opportunity? Our Army too must share the blame for not taking precautions knowing that PLA’s Western Theatre Command was exercising.

Five, a foreign scholar has written a detailed article on how PLA rehearsed the aggression on a full-scale model (satellite imagery provided) before advancing into Eastern Ladakh. Why did we miss out detecting this?

Six, we failed to read the enemy (China’s Communist Party) and President Xi Jinping despite the fact that every Chinese action since 1962 was anti-India and China never respected border protocols and agreements.

Seven, without a Strategic Defence Review and National Security Strategy, we went about the exercise to reduce the Army strength by 1,00,000 plus. In doing so we glossed over China’s illegal claims on Indian Territory. The Division looking after Eastern Ladakh has a frontage of about 800 km – does it have adequate manpower, surveillance means and reserves to deal with intrusions?

Eight, the ITBP deployed in Eastern Ladakh even in sensitive areas of Depsang and Chumar is not under command of the Army, as required by the Kargil Review Committee and follow up Group of Ministers headed by the then Deputy Prime Minister L.K. Advani. ITBP follows its own chain of command through their IG and DG to Ministry of Home Affairs. This creates avoidable operational problems militating against requirements of unity of command. In 2013 also China made a 19 km deep intrusion in Depsang.

Nine, during the Kargil Conflict, then Army Chief General V.P. Malik was constrained to say, “We will fight with what we have.” In the current context, witness the mad rush to procure weaponry, ammunition, rifles, helmets, bullet proof jackets, unmanned aerial vehicles and the like. This has happened because of the political belief that there would be no war and as a result successive defence budget allocations that have been negative in actual terms - even adversely commented by former diplomats as lowest since 1962.

Ten, China and for that matter Pakistan also understands power. Soft Power has no value without Hard Power. While Soft Power ‘softens’ blow of Hard Power for the recipient, both Soft and Hard Power must be employed in tandem. Hybrid Warfare is now the preferred form of conflict, which India has not fully acknowledged. We need a road map for building hard power holistically with a timetable, plugging operational gaps on priority.

Eleven, there will be no bigger fools than us if we still believe in China’s promises and peaceful intentions despite being warned periodically starting with Sardar Patel’s letter to Nehru on November 7, 1950. Despite the motions of disengagement, China still has presence inside Depsang and a Mechanised Division lined up opposite Depsang and Demchok which implies PLA could still initiate conflict.

Twelve, theory provides cumulative wisdom through cumulative strategic study of previous conflict that helps exploit practical opportunities. Clausewitz had said, “Theory exists so that one need not start afresh each time sorting out the material and ploughing through it, but will find it ready at hand and in good order”. We need to draw right lessons from the Ladakh Standoff to deal with China in future.