Army’s Eye in the Sky

Systems Pilotless Aircraft or Unmanned Aerial Vehicles (UAVs), better known as Drones are rapidly growing in popularity in various military operations due to their high convenience in reducing losses and enabling the execution of high profile and time-sensitive missions 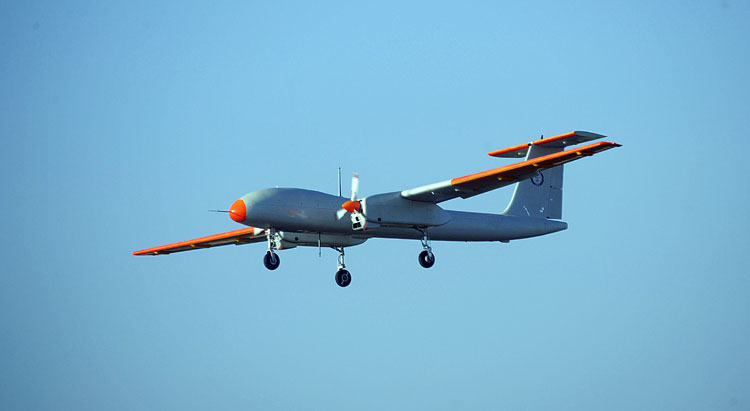 There was a blitz of unmanned aerial vehicles unleashing their fire power on simulated targets, all destroyed with pinpoint accuracy on Army Day 2021. This was a live demonstration of technological prowess of India’s young engineers which made every Indian proud. The live demonstration of Drone Swarming capability using 75 indigenously designed and developed drones which executed an array of Artificial Intelligence (AI) enabled simulated offensive missions and close support tasks. This demonstration is also a recognition of the Indian Army’s steady embrace of emerging and disruptive technologies to transform itself from a manpower intensive to a technology enabled force to meet future security challenges. This was also a great milestone for the Army and demonstration of the role of unmanned aerial vehicles (UAVs also termed drone) on the battlefield.

The term drone was first used in 1920 for remotely-flown target aircraft used for practice firing of a battleship’s guns. From providing target practice to carrying out intelligence, surveillance and reconnaissance (ISR) to being armed with a variety of armament; UAVs have come a long way due to the infusion of technology. From the smallest size equal to an insect to giants like Northrop Grumman’s Global Hawk and RQ-180; and from fixed wing to rotary UAVs; all types are in service. They are used by armed forces, coast guard, police and civilian organisations alike.

Target Systems. The first UAV was RUM 2MB of Bulgarian origin which was used by the Army Air Defence (AAD) for target practice. This was followed by Northrop Grumman’s KD2R5 also used as a target for AAD. The development of Lakshya by DRDO was a great achievement to provide high subsonic aerial target system for air defence missile systems of the Army as well as for the Indian Air Force and the Navy. Army Air Defence also acquired BTT-3 Banshee which is an aerial target system for training their crews.

Searcher UAV. Searcher UAV of Israeli origin was procured by Surveillance and Target Acquisition (SATA) units of Artillery for acquiring targets in depth and providing post firing battle damage assessment. It is developed by Israel Aerospace Industries and the upgraded version i.e. Searcher Mark II is operated by Indian Armed Forces. It can carry a payload of 70 kg and endurance is 18 hours.

Nishant. Developed by Aeronautical Development Establishment (ADE) of the DRDO. Nishant is a multi-mission UAV launched through a Mobile Hydro Pneumatic Launcher with Day/Night capability. Its role is battlefield surveillance, reconnaissance, target tracking and correction of artillery fire. It has a sophisticated image processing system for analysing the images transmitted from the UAV. The air vehicle has autonomous flight capabilities and is controlled from a Ground Control Station. Nishant is a highly mobile, compact and easily deployable system. It is recovered with Aero Conical Parachute and impact attenuation system. An onboard flight control and navigation system enables the aircraft to fly in autonomous Way Point Navigation mode. A few Nishant UAVs were inducted in the Indian Army but have crashed. 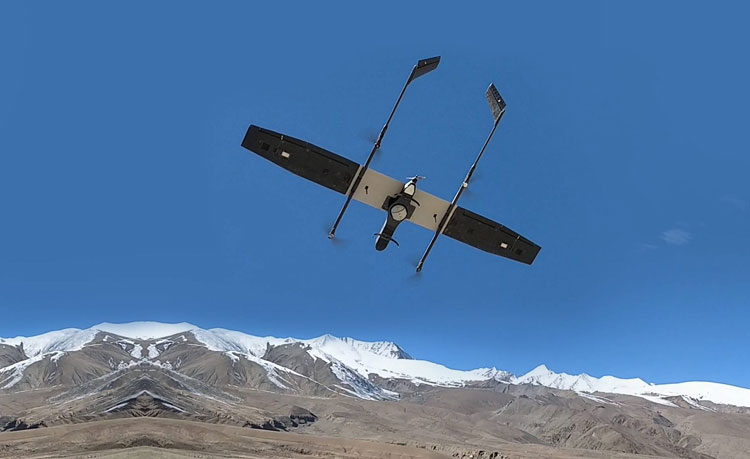 DRDOs Micro & Mini UAVs. Micro UAVs and Mini UAVs have been developed by ADE along with Council of Scientific and Industrial Research-National Aerospace Laboratories (CSIR-NAL). These vehicles have an endurance of 20 minutes to one hour. Three Micro UAVs namely Black Kite, Golden Hawk and Pushpak have been designed and developed. These are fully autonomous air vehicles. Two variants of two kg class FWMUAV are developed - the Imperial Eagle and Slybird. A gimbaled payload provides ISR information and a video tracking system ensures the continuous ISR information during the flight and a state of the art Ground Control station controls the entire mission from launch to recovery. An Image processing system provides the processed data in near real time, to take action, on the available ISR information. Imperial Eagle and Slybird are comparable in the same class such as Raven.

DRDO’s Rustom-1. Rustom-1 is an all composite, 800 kg class Short Range Remotely Piloted Aircraft System (SR-RPAS) capable of carrying out ISR, Target Acquisition/Tracking and Image Exploitation missions. Rustom-1 is the first Indian RPAS to have conventional take-off and landing capability. It has autonomous flight mode and Get-To-Home features. Rustom-1 RPAS has completed 65 flights and demonstrated flight endurance of 10 hrs, range of 200 km and an altitude of 20,000 ft. Upgradation of SR-RPAS with Automatic Take-off and Landing (ATOL ), Synthetic Aperture Radar (SAR) and load carrying capability is possible.

Rustom-II. This is an Air Force requirement but at some stage Army may also use it. Rustom-II (Tapas), is a medium-altitude long-endurance (MALE) UAV. Rustom-II has achieved eight-hour flight endurance at 22,000 feet and efforts are now on to take the endurance closer to 24 hours at 30,000 feet, as per the user requirement. Earlier Rustom-II had flown in the satellite communication (SATCOM) mode for the first time. It had also flown with the long-range electrooptical payload. It is understood that it has also flown with a 250-km line of sight mission in 2020. A proposal for a high-altitude long-endurance (HALE) UAV is likely to be sent to the government this year for which HAL will provide the engine. Additional flight trials of Rustom-II have been planned this year to prove various endurance, range and altitude specifications set by user.

ideaForge’s SWITCH UAV. The Indian Army has signed a contract in January 2021 for approximately $20 million (about 140 crores) for undisclosed quantities of a highaltitude variant of ideaForge’s SWITCH UAV which will be delivered over a period of one year. ideaForge has been awarded this contract after it emerged as the only vendor that qualified over Indian and Global manufacturers in meeting the operational requirements after an evaluation done in actual terrain and conditions of employment. It is being procured under fast-track procurement. The contract marks a strategic shift in the Indian defence procurement process as the Indian Army goes on an aggressive modernisation drive. ideaForge is an IIT-Bombay incubated company, which manufactures UAVs. With this contract ideaForge becomes India’s largest manufacturer of drones for defence, homeland security and industrial applications. SWITCH UAV is an indigenous system built to cater for the most demanding surveillance operations of the Indian Forces. This Fixed Wing VTOL (Vertical Take-off and Landing) UAV can be deployed at high altitude and harsh environment for day and night surveillance in ISR missions. It is manportable and has the highest time on target compared to any other UAV in its class. The high-altitude variant of Switch UAV is small enough to be used by infantry soldiers. It has an endurance of > 120 minutes, line of sight range of 15 km, weighs < 6.5 kg, maximum launch altitude is 4000 m above mean sea level and maximum operating altitude of 1000 m above ground level. It can operate during day and night. It has user friendly Ground Control Station (GCS) which features high range communication box, hand held controller and a laptop/tablet with required software like pre flight check, graphic maps with video and real time streaming.

Indian Army’s in House Development. In 2019 it was reported that a team of two soldiers have developed a UAV, called quadcopter and has been used in live operations along the LOC. Other details are not known.

General Atomics MQ-1 Predator that was used primarily by the US Air Force and Central Intelligence Agency (CIA) for aerial reconnaissance and forward observation but later on, it was modified and upgraded to carry and fire two AGM-114 Hellfire missiles or other munitions around 2001. Since then there has been no looking back by the US and the armed UAVs have been extensively employed in the Middle East, Afghanistan, Pakistan and in many other conflicts.

DRDO. Rustom II with its heavier frame, greater payload capacity and higher endurance is likely to be the indigenous platform of choice for an Indian armed UAV fleet. Work is already underway to integrate Helina anti-tank missile with Rustom. Autonomous Unmanned Research Aircraft (AURA) is another project of the DRDO which is an autonomous unmanned combat air vehicle (UCAV). The design work on the UCAV is being carried out by Aeronautical Development Agency (ADA). Details of the project are classified but it is likely to be called Ghatak. Currently it is meant for the Navy and the Air Force. Army may acquire it in the future if required.

Heron. It is learnt that the MoD has approved the upgrade of Heron UAVs for the Army, which will include a few of them being armed. This decision comes amid the India-China standoff at the LAC.