Field Artillery Rationalisation Plan (FARP) aims to replace the weapons of 169 artillery regiments with modern weapon systems procuring 3,000 to 3,600 pieces of artillery at a cost of $3 billion 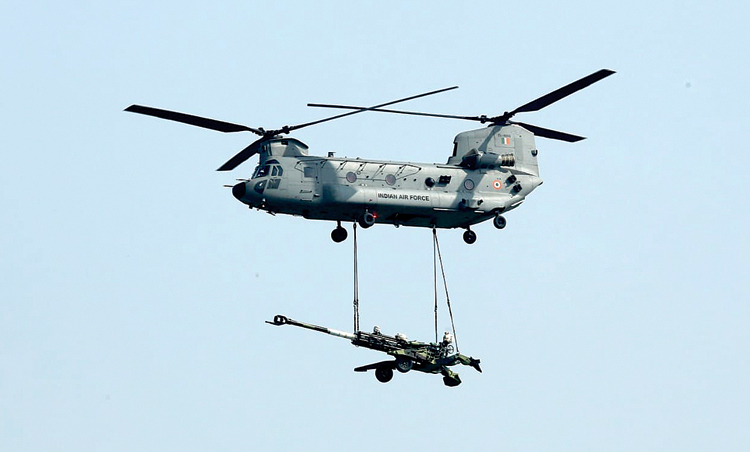 The Regiment of Artillery, the second largest arm of the Indian Army, celebrated its 195th ‘Gunners Day’ on September 28, 2021. The day has a special significance for the Regiment of Artillery as the first Indian Artillery Unit, 5 (Bombay) Mountain Battery equipped with 2.5 inch Guns, was raised on this day in 1827, which presently forms part of 57 Field Regiment.

The Artillery Profile 2027 (acquisition plan) was drafted in year 2008 with an outlay of over 20,000 crore, as part of which it aimed at inducting howitzers. But before the Kargil Conflict in 1999, the last induction was only in 1987; 400 pieces Bofors guns. After these 400 pieces were procured, the Bofors Scandal broke out, due to which procurement of all spares and systems were banned. Resultantly, when the Kargil Conflict broke out, the Artillery had to hastily cannibalize these 400 Bofors guns into 100 serviceable guns. With Bofors fire support being one of the major factors in winning the Kargil Conflict, the Indian Army (IA) proposed the Field Artillery Rationalisation Plan (FARP). FARP is a procurement-cumdevelopment plan which involves direct import, manufacture under license and indigenous development of weapon systems.

FARP aimed to replace the weapons of 169 artillery regiments with modern weapon systems, predominantly 155mm medium guns; procuring 3,000 to 3,600 pieces of artillery at a cost of $3 billion to include 1,580 towed, 814 mounted, 180 self-propelled wheeled, 100 self-propelled tracked and 145 ultra-light 155mm/52 calibre artillery guns. But the Bofors deal mired in corruption led to a fear in the civil services, which, combined with political apathy, prevented India from buying heavy guns at least until 2010. How FARP has progressed is described in succeeding paragraphs.

These howitzers from BAE Systems are already being inducted into the Indian Army (IA), but the following would indicate how our slow procurement procedures mired in red-tape and indecision works:

By first week June 2021, the BAE Systems had delivered 59 of the 145 M777 ordered in 2016. The guns are being assembled, integrated and tested in India by Mahindra Defence Systems Limited.

Dhanush is the first indigenously-built artillery gun developed by the Ordnance Factory Board (OFB) based on transfer of technology (ToT) from Bofors in the 1980s. With a range of 38 km, its automated technology allows three guns to be fired simultaneously at a rate of 42 rounds per hour. The MoD had indented 114 x Dhanush howitzers and more orders were to follow based on its performance. In 2019, the OFB handed over six Dhanush guns to the Army, which was touted as a major success under the ‘Make in India’ initiative. There were reports that OFB was working on the next two versions of the Dhanush gun including a truck-mounted version.

In 2017, the Central Bureau of Investigation (CBI) filed an FIR alleging that a Delhibased company supplied fake and cheap spare parts (bearings) used in the manufacture of Dhanush guns. The FIR said unknown officials of Guns Carriage Factory (GCF), Jabalpur, accepted the Chinese manufactured ‘Wire Race Roller Bearings’ supplied by Sidh Sales Syndicate which were embossed as ‘CRB-Made in Germany’. It has now emerged that the said bearings had ‘not’ passed the tests at the GCF but the six guns handed over to the IA were still fitted with these.

The K9 Vajra trials in Ladakh earlier this year were successful. Plans are now reportedly being finalised to order at least two more regiments of the K9 155mm/52 calibre howitzers to be deployed in the mountains.

News reports of November 2020 later stated that the Army was looking at inducting another 18 Dhanush guns. However, during the trial by the Directorate General of Quality Assurance (DGQA) at Balasore in mid-November 2020, the gun suffered a failure of the recoil systems. A board of inquiry has been ordered into the incident.

The Advanced Towed Artillery Gun System (ATAGS) indigenous 155mm/52 calibre towed gun system is being developed by the Defence Research and Development Organisation (DRDO) in conjunction Kalyani Group, Tata Power and OFB to replace older guns. An all-electric drive, high mobility, advanced communications system and automated command and control system are some of the significant features of the ATAGS gun. The MoD had approved a purchase of 150 of these guns at an approximate cost of 3,365 crore.

ATAGS had been undergoing evaluation trials when an accident of barrel burst occurred in September 2020, which left four soldiers injured. While the cause of the failure was being investigated, the next round of trials was expected to be completed this summer. The procurement plans for ATAGS now appears still some time away. Officials say the complete order for 150 modern ATAGS guns is likely to be completed only by 2026, which may still be ambitious.

The K9 Vajra-T is the customised Indian version of K9, a tracked and self-propelled piece of artillery originally developed by Samsung for the South Korean military. In 2017, Larsen & Toubro (L&T) had won the contract from the MoD to supply 100 x K9 Vajra-T 155mm/52 calibre tracked selfpropelled gun systems in 42 months to the Indian Army. 10 x K9 Vajra-T were to be imported from South Korea and balance 90 manufactured at the L&T facility.

The 4,366 crore contract for the Vajra is meant to arm 18 regiments, and replace the 50-year-old 105mm Abbott, which India inherited from the British in 1964. L&T delivered the 100th K9 Vajra to the Indian Army in February 2021 well before the time required.

The rocket regiments of the Artillery are equipped with 122mm GRAD BM-21 rockets, 214mm Pinaka rockets and 300mm Smerch rockets. The missile regiments are equipped with the supersonic cruise missile BrahMos which has a range of 290 km. After India joined the Missile Technology Control Regime (MTCR) trials for extending the range up to possibly 400 km and beyond are underway.

Originally developed by the DRDO in the 1980s, the Pinaka rocket system was extensively used during the 1999 Kargil conflict. The initial version of the weapon system was called Mark I, which had a range of 40 km. The upgraded version or Pinaka Mark II has an extended range of 70 to 80 km. It can carry different types of warheads. In November 2020, the DRDO successfully tested the enhanced Pinaka rocket from Chandipur off the coast of Odisha.

In August 2020, the MoD signed a contract to supply six Army regiments with Pinaka rocket launchers by 2024, at an approximate cost of 2,580 crore. The contract with the Bharat Earth Movers, Tata Power Company and Larsen & Toubro states that at least 70 per cent indigenous content will be used in the weapon systems. These six more regiments of indigenous Pinaka MBRL System are to be added to existing four, raising the overall number to 10 regiments.

According to media reports of November 2020, the process of acquiring 1,580 towed Howitzers from a foreign supplier were in progress and were at the stage of cost negotiations. The report stated that there are plans to buy 400 ATHOS 2052 (Autonomous Towed Howitzer Ordnance System) guns from Elbit of Israel in a ready-to-use condition, while the remaining 1,180 are to be assembled in India in partnership with Bharat Forge. However, there has been no further news in this regard – whether the final decision has been taken or not.

The Dhanush and ATAGS were to be the backbone of the Artillery but both have developed snags that will delay their procurement schedules. Up gunning of the130 mm/39 caliber and 155mm/45 calibre guns is also being addressed but too will take time.

The K9 Vajra trials in Ladakh earlier this year were successful. Plans are now reportedly being finalized to order at least two more regiments of the K9 155mm/52 calibre howitzers to be deployed in the mountains. The Army earlier had no plans to induct additional K9 Vajras in mountains because the M777 lightweight howitzers can reach areas in mountains where the heavier K9 Vajra Howitzers cannot reach. Besides, The M777 lightweight howitzers can be picked up by helicopters and taken to forward locations in the mountains. These guns have a maximum range of about 40 km with specialized munitions. However, induction of the total required number of M777 ultra-light howitzers will take time.

However, in view of above mentioned reasons, the Army is likely to face a capability gap when it comes to artillery modernisation, with best case scenario calculations showing that a sizeable number of much needed modern howitzers will only arrive by 2026. The government needs to address related issues given that China’s buildup and infrastructure development at and across the LAC continues at fast pace.