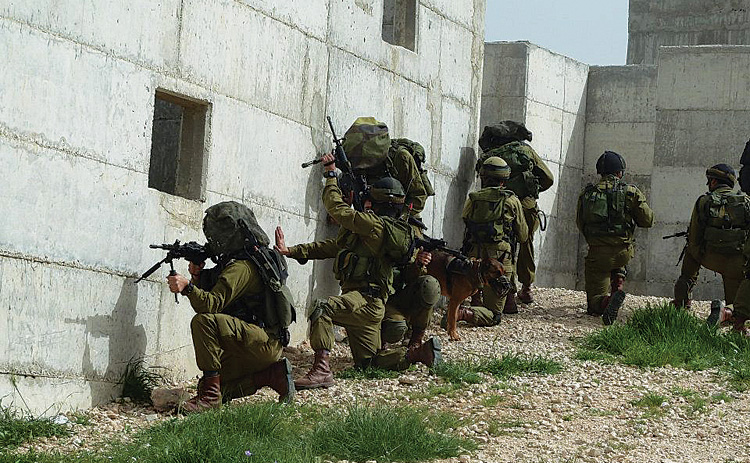 As the nam e implies, urban warfare implies combat conducted in urban areas – cities and towns. Features peculiar to urban warfare include the presence of civilians and the complexity of the urban terrain. Hence urban warfare is very different from combat in the open at both operational and tactical levels. Tactics are complicated due to the three dimensional environment, limited field of view both for observation and fire because of buildings, enhanced cover and concealment for the defenders. Opponents can hide sub-surface in basements and tunnels and booby traps, mines, IEDs and snipers can make life hell for the attackers. Presence of large number of civilians makes identification difficult of friends from foes. It is difficult to distinguish ‘combatants’ among civilians like armed militias and associates. Urban combat negates the advantages that one side may have over the other in terms of armour, heavy artillery, or air support. Ambushes laid down by small groups of soldiers with handheld anti-tank weapons can effectively destroy columns of modern armour, while artillery and air support can be severely reduced due concerns of collateral damage in terms of civilian casualties. Besides, the opponents may resort to using innocent civilians as human shields. Advantage of urban combat to the defender is to wreak ambush-induced attrition losses on the attacking force. The attacking force must therefore use three dimensional application cater for large amount of manpower to secure large number of structures and rubble. Room to room fighting may have to be resorted to periodically, especially where heavily defended building cannot be completely demolished and fortified bunkers and utility tunnels cannot be targeted.

Militaries are bound by laws of war governing military necessity to the amount of force which can be applied when attacking an area where there are known to be civilians. Until the 1970s, this was covered by the 1907 Hague Convention IV, which has since been supplemented by the Additional Protocols to the Geneva Conventions of August 12, 1949, relating to the Protection of Victims of International and Non-International Armed Conflicts.

When 10,000 ISIS fighters emerged suddenly and captured Mosul in Iraq. US-NATO ignored Iraqi cries to bomb these columns. Bombing of ISIS only commenced by the US-led coalition after they had mingled with six million civilian population. This was obviously by design to keep West Asia on the boil. Urbanisation is gaining momentum world over and by 2050, nearly two-thirds of global population of 9.7 billion is expected to live in cities, where the less developed countries are urbanising at faster rate than the developed countries. Urbanisation, together with upheavals in demographic trends and violence, domestic political power dynamics and changes in character of armed conflict have brought urban warfare into prominence.

The rise of non-state actors has added another significant dimension to urban warfare, where global political violence is more in cities and towns. From urban riots and endemic urban violence in Af-Pak, terrorist organisations like ISIS, Boko Haram, Al Shabaab, Al Qaeda, Haqqanis, LeT and many others are wreaking attacks around the world. Armed groups, insurgents, terrorists, and criminal gangs are managing violence in a manner unseen and unheard in the past. Despite, about 25,000 US-ISAF forces present in Afghanistan and the stated resolve to keep Kabul safe, the city is witnessing waves of periodic bombings.

It is interesting to note that behind the rise of ISIS, one of the most vicious terrorist organisation, were the USA, Saudi Arabia and some other countries. In urban battles IS put up stiff resistance despite facing numerically superior and better equipped opponents, who were backed with superlative airpower and control of skies. In cities, the battle raged simultaneously above and below ground level, with latter involving intricate labyrinth of tunnels that ISIS used to optimise using for surprise attacks by popping-up at different locations. ISIS made extensive use of armed drones for surveillance, monitoring and armed drones to inflict casualties. In addition was their employment of snipers, mines/IEDs and suicide vehicle-borne IEDs (SVBIEDs). ISIS also used drones to distract opponents from fleeing from the incoming SVBIED or attempt to destroy it. Drones were also used as area-denial weapons, with two to three drones rotating attacks on a position, allowing bombs to be dropped throughout the day. ISIS made extensive use of media to attract thousands of recruits.

Urbanisation, together with upheavals in demographic trends and violence, domestic political power dynamics and changes in character of armed conflict have brought urban warfare into prominence

If the sudden capture of Mosul surprised the world, ISIS started production of weapons, IED manufacture at huge scale, arming commercially off-the-shelf drones, amassed stockpiles of supplies and huge amount of finances by selling oil and construction of extensive defensive lines on edge of cities involving barricades, trenches, and berms with weapons emplacements. After their opponents entered the city, ISIS continued harassing opponents with fire, IEDs, snipers, and drones. IS fighters and snipers used holes made in walls to fire while remaining completely in cover. The group intended to inflict enemy casualties but reduce the risk to its own fighters by using these longer-ranged weapons, often setting up and firing opportunistically rather than in pre-prepared defensive positions. ISIS grouped most of its forces during defensive urban battles into small, squad-sized units of six to twelve men. These units would stage attacks and raids on enemy positions, while regularly infiltrating into liberated neighborhoods, enabled by an extensive network of mouse holes and tunnels. Eventual victories came at a cost for the attacker; some units of the ISF’s elite counterterrorism force reportedly suffered up to 50 per cent casualties.

India experience in urban warfare has been limited. India launched air attacks in March 1966 to liberate Aizawal from Mizo National Army using heavy machine gun fire and dropping incendiary bombs, followed by ground attack to recapture Aizawal and other cities. In May 1973, three battalions of Provincial Armed Constabulary in Uttar Pradesh mutinied for better pay, work conditions etc. The Army was called in to control the mutiny, replete with tanks and armoured personnel carriers. Some 30 revolting policemen died in the fighting and hundreds were arrested. Other than this, the Indian experience in urban warfare has been deployment of NSG in response to the 26/11 Mumbai terrorist attacks, Army deployment to eliminate terrorists holed up in religious places in Punjab and Gujarat, and eliminating terrorists in built up areas in J&K. All these are nothing compared to what has been happening in Iraq-Syria, latter including.

The above mentioned ISIS experience elucidates how complex urban warfare is. Determining how to assess the enemy, mount a defence, and protect civilians is a focus of urban warfare research around the globe. Armoured ground forces enable freedom of movement in urban areas, providing the basis for shrinking the operational problem of a large urban area down to a neighborhood. The right mix of heavy and light forces is necessary, as also combined arms approach that integrates ground manoeuver with integrated fires. Urban operations require innovative forms of intelligence, including new sources and methods of collection, particularly open source information from non-military sources. Every city poses different challenges in terms of manageable size of force and how to employ it. The US Special Operations Command (SOCOM) is looking for drones to carry blood to injured troops, as well as small systems that can fly indoors, through tunnels, swarm, and operate when being jammed.

The Israeli Defence Forces (IDF) civilian-to-terrorist death ratio is the lowest in the world. For every 30 terrorists killed, there is only one civilian casualty. This number is low considering the various tactics used by terror organisations, including ‘human shields’ that puts many citizens in the firing line. In order to combat such terrorist methods, IDF has focused efforts on learning how to fight efficiently in urban areas. Many training centers have been established over the last year, with the Urban Warfare Training Center being the largest of them all. Considered the world’s most advanced training facility, this Urban Warfare Training Center consists of over 600 individual structures, simulating an authentic, modern Arab city. Among the structures, one can find eight-story-high apartment complexes, shabby shacks, schools, citystores, public buildings, and market places. The IDF trains periodically at this facility.

Compared to the above training facilities, both our Army and NSG have miles to go. There is urgent need to focus on future requirements of urban warfare; detailed appreciation and a roadmap for capacity building in time-bound manner in order to not get caught napping and learning urban warfare the hard way.